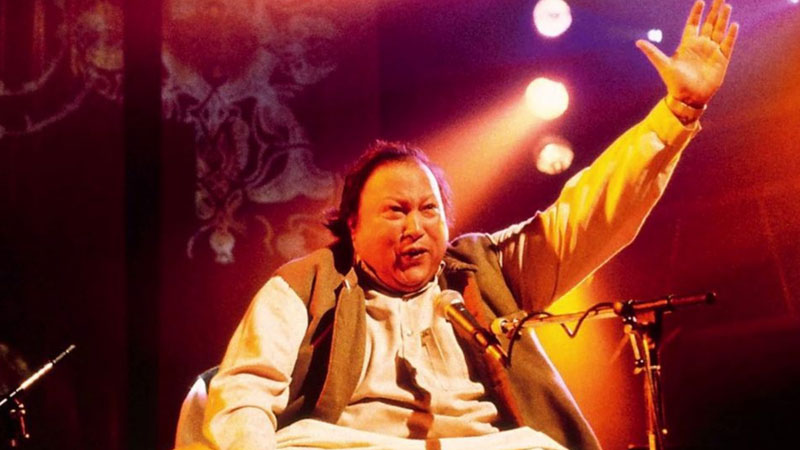 Qawwali maestro Nusrat Fateh Ali Khan has been featured on American magazine Rolling Stone’s list of the 200 Best Singers of All Time.

The list was published on Sunday. “Watching archival performances of the late Pakistani vocal master Nusrat Fateh Ali Khan – an icon in the realm of Qawwali, a type of Sufi devotional song, whose family’s musical legacy stretched back hundreds of years – it’s easy to lose track of time, and to hear how his music easily reached global audiences in the eighties when he began performing abroad and recording for Peter Gabriel’s Real World label,” the magazine wrote for the ‘Dum Mast Mast’ singer. It discussed Khan’s fans from within the global music industry, including Madonna, Eddie Vedder whom he worked with for Dead Man Walking soundtrack and Jeff Buckley, who called him his “Elvis”. The top spot on the list was secured by late American singer-songwriter Aretha Franklin followed by Whitney Houston and Sam Cook. The Top 10 section also included artists Billie Holiday, Mariah Carey, Ray Charles, Stevie Wonder, Beyoncé, Otis Redding and Al Green.

For Mangeshkar, whose music is widely listened to in Pakistan, the magazine wrote, “The crystalline, eternally girlish voice of ‘the Melody Queen’ is a cornerstone of Indian pop music, with a global influence spread via Bollywood films, whose golden era she defined. Lata was the empress of playback singers, the vocal magicians who perform songs for actors to lip-sync in lavish movie musicals, recording over 7,000 such songs, by some estimates.” She claimed the 84th spot on the list.