Governor Khyber Pakhtunkhwa Ghulam Ali on Tuesday emphasised upon the political parties to strengthen political harmony and unity to pull the country out of present crises. He was talking to the provincial Chairman of Qaumi Watan Party Sikandar Sherpao who called on him here at the Governor House. They discussed the country’s current political, developmental and economic situation and reiterated the resolve to fight together at every forum to end the political and economic crises in Pakistan. Meanwhile, a 39-member delegation of Lions’ club of Peshawar, Dera Ismail Khan, Mardan and Nowshera under the leadership of Muhammad Asif on Tuesday called on Governor Khyber Pakhtunkhwa Ghulam Ali here at Governor House. They congratulated the Governor on his appointment and also gave him honorary membership of the club by pinning the badge of the club. The Governor said that the axis of his successful life is selfless service to the people and he always looked forward to meeting with the organizations and individuals engaged in public and social services. Ghulam Ali also presented a certificate of appreciation to Muhammad Asif for his 50-year of social services. The delegation told the governor that the Lions Club is the largest social service organization in the world, which has been engaged in social services in the country since 1956. 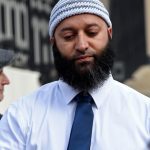