Saheefa was looking for suitable matches for husband before marriage 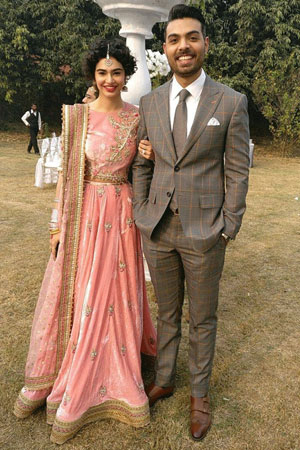 Saheefa Jabbar married Khawaja Khizer Hussain in 2018. The couple has made news whether because of exchanging heartfelt notes for each other, sharing family pictures, or rumours of their divorce that were the talk of the town last year.

Saheefa Jabbar recalled what led to her marriage in an interview with a private news agency.

The ‘Bhool’ actress recalled her husband asking her to find a girl to marry as she was a “tomboy” back then. The actor said she showed him a few but were all engaged.

Saheefa Jabbar said he liked her in the process and got married instead. Social media speculated the couple were parting ways after she got rid of one of her multiple tattoos that, according to her, had faded and looked ugly.

When the actor posted a video painful laser procedure, it raised their concerns if the particular tattoo is the one with his face that she had and if everything was all right between the couple. Addressing the rumours, the actor said it was not the first time she had uploaded visuals of her tattoo removal.

“I have been posting on and off for about two years now but this time so many people came forward with their overwhelming concern and questions I felt I should address them,” she stated. She said that things were better than ever but to keep their lives. She added: “He has gone to Canada for his studies and I am in Pakistan waiting for my visa to come – long distance isn’t bothering us much.”

Saheefa Jabbar said they have been pretty mature with our relationship, adding their collective goals are so big that they do not mind having a long-distance relationship

“I wish him nothing but success and health,” the actor clarified.