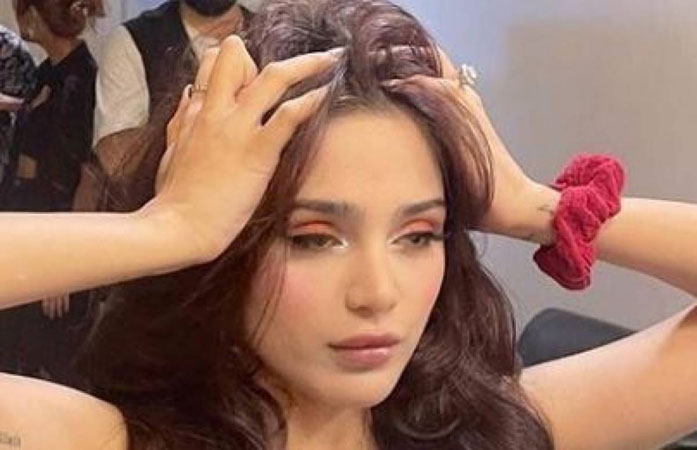 The latest dance videos of Pakistan’s prominent singer Aima Baig and friends at a recent wedding event are viral across social media.

As the wedding season peaks in Pakistan, our celebrities are also attending quite a few of them and prove to be total entertainers at parties, as the ‘Baazi’ singer, who recently set the dance floor on fire at a friend’s mehndi night.

The viral performance videos of the celebrity were loved and appreciated by numerous social users, however, there was a group of keyboard warriors who drew comparisons between her dance and an earlier performance of Bollywood A-lister Alia Bhatt from her friend’s wedding, a couple of years ago.

Netizens accused Baig of replicating the dance sequence of the Bollywood actor for her performance. Aima Baig is one of the celebrated performers of the new generation and has a number of superhit songs as well as awards to her credits. Some of her notable numbers include ‘Baazi’, ‘Balma Bhagora’, ‘Aya Lariye’, ‘Na Cher Malangaan Nu’ and ‘Kalabaaz Dil’ among several others.