Only polls can bring ‘economic security’ 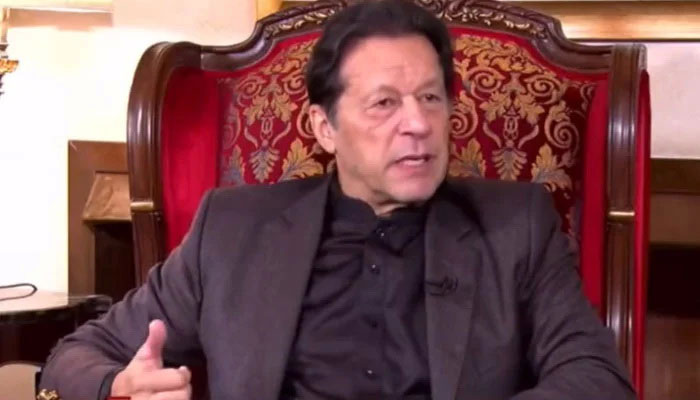 In an interview with a private TV channel, Khan lambasted the justice system, saying that being an ex-premier he could not lodge his FIR of an assassination attempt on him. “My party is in power in Punjab but the provincial police could not register my FIR.” It is clear that “they” prepared a plan to kill him, the PTI chief said, adding that things in this regard will come to the fore in the next two to four days. “No place left for you when the state turns against you and all of its powers start utilising against you,” Khan said while referring to the cases lodged against him and his party leadership.

He added that they were subjected to all kinds of oppression, adding that he felt that he was an “enemy of the country or a traitor”.

Slamming the establishment yet again, the PTI leader said that after FIRs, audio leaks started surfacing. “Who was taping the secure phone line of the prime minister? It is a violation of the official secret act,” he added.

In the beginning, there were a lot of doubts, we couldn’t understand.” The former prime minister went on to say that “Gen Bajwa would say one thing and another was happening on the ground”. He added that while the former army chief claimed to remain neutral, the agencies were creating divisions within his party. “This plan was made in the summer of 2021, after which the work on it began,” he said, repeating his claim of Gen Bajwa hiring Pakistan’s former ambassador to the US Husain Haqqani for lobbying in America during Khan’s government. In his interview, Imran Khan said that during the time rumours were spread regarding his desire to appoint former Inter-Services Intelligence (ISI) chief General (retd) Faiz Hameed as the next COAS. “In the summer of 2021, I didn’t even think about who would be the army chief next year. As you gradually watch, you understand that there was an entire plan behind it,” he said, reasoning how the matter and steps taken for his removal. Imran Khan maintained that ‘immediate and transparent’ elections were the only solution to country’s current situation, adding that new elections would bring political and economic stability to the country.