Saudi women allowed to drive trains between Makkah and Madinah 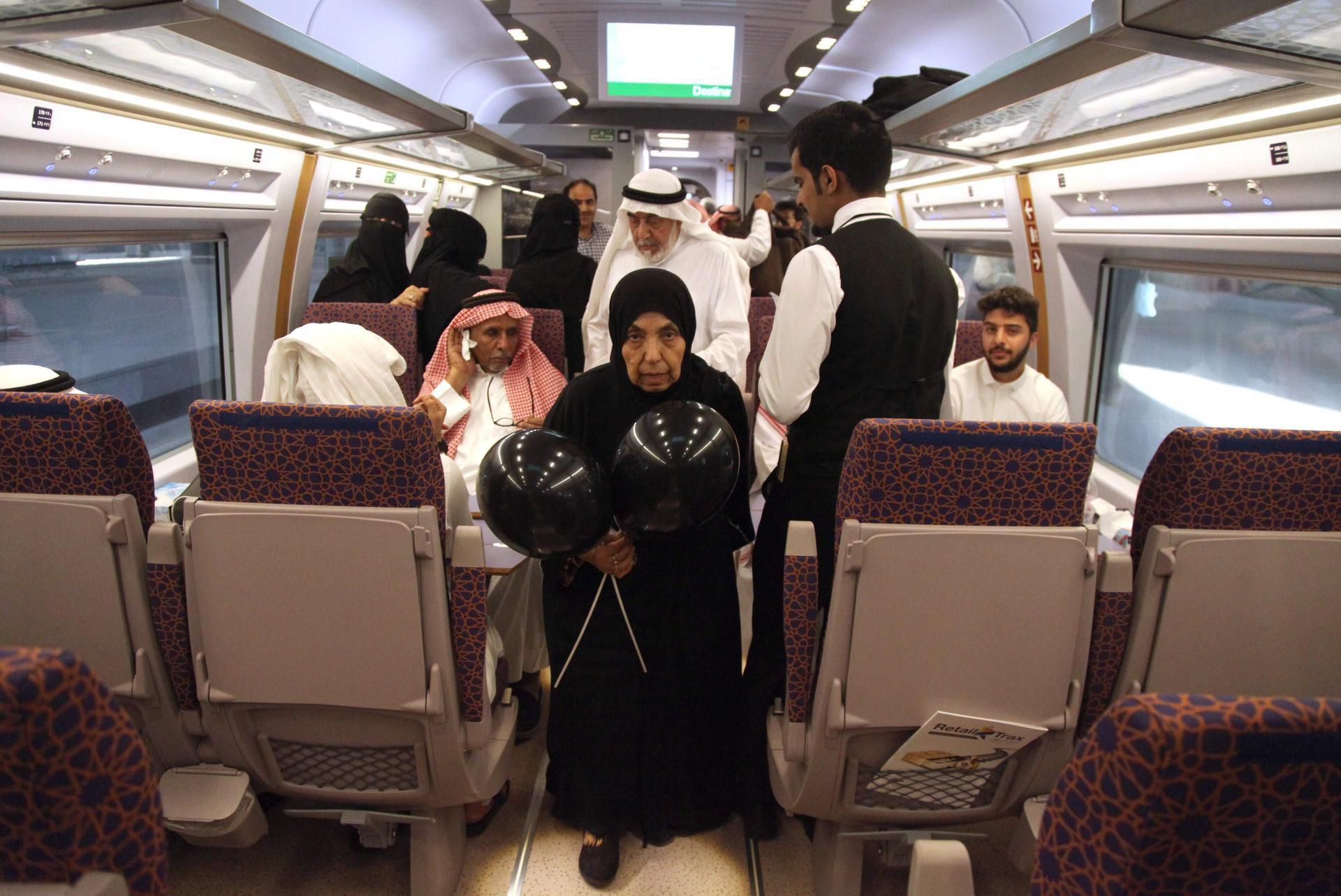 Saudi Railways has released a video of women driving trains and receiving training while sitting in the driver’s seat.

The Saudi women can be seen busy performing their duties on the train in a video clip that went viral on social media.

The Makkah-Madinah Haramain high-speed train is one of the fastest in the world.

Saudi woman Sara Al Shehri has said that “I and my colleagues have been the first to have the honor of running a high-speed train in the Middle East, which I am proud of.”

Noorah Hisham, another Saudi woman who completed the training, says that it is a job of great responsibility. The safety of those who come for Hajj, Umrah, and Ziarat is the responsibility of the Haramain Express driver.

Saudi female driver Shajin al-Mursi said that it is a matter of great pride to be part of the first group to receive train driving training. I will serve the country by driving an express train, she added.