Aamir Khan joins hands with JR NTR, Prashant Neel for his next 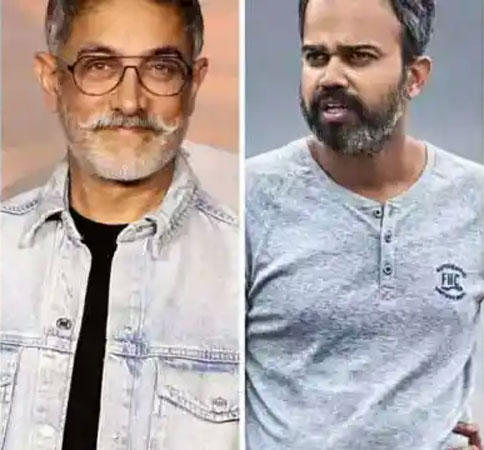 A month after announcing his hiatus from acting, Bollywood’s Mr Perfectionist Aamir Khan is roped in for Prashanth Neel’s next film with Jr NTR.

More than Bollywood, the year 2022 was definitely great for pan-Indian collabs and the upcoming 2023 doesn’t seem to be any different, with the very first news breaking in a day before we welcome the year.It should be reminded here that Neel, best known for his ‘KGF’ franchise, announced his next film after Prabhas and Shruti Haasan starrer ‘Salaar’ earlier this year. Without giving away much, the acclaimed director announced a project tentatively titled ‘NTR31’ with the South superstar Jr NTR.Now with the recent reports coming in from Indian media outlets, Neel has roped in the ‘Laal Singh Chaddha’ actor to play a pivotal role in his passion project. According to the details, he is currently working on the idea that he conceptualized about two decades ago, and the project is said to go on the floors next year.If reports are to be believed, the production like all of Neel’s films will be on a massive scale, and that is the reason he waited for many years to bring the idea to life.

He is currently busy with the post-production work of ‘Salaar’ and also has ‘KGF: Chapter 3’ in the pipeline.

Meanwhile, Aamir Khan announced a break from acting last month, saying he wanted to be with his mother, wife and children. Speaking of family, the actor also celebrated the engagement ceremony of his daughter Ira Khan in November.

On the other hand, Jr NTR was last seen in a parallel lead with Ram Charan in the Oscar-nominated ‘RRR’ by S.S. Rajamouli.