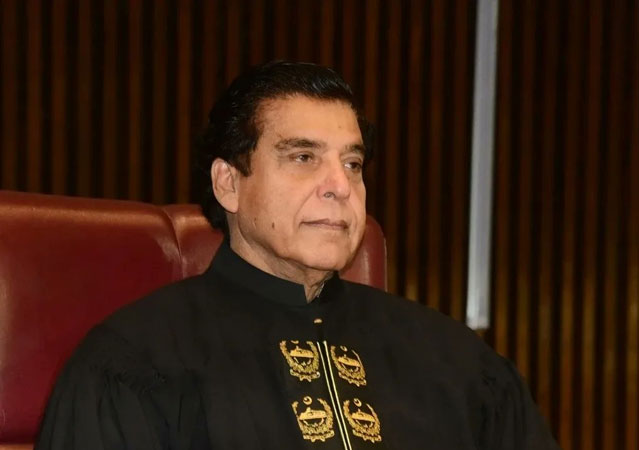 The National Assembly Speaker Raja Pervez Ashraf has said that overseas Pakistanis have always proved themselves as an asset to Pakistan and their welfare is the top priority of the incumbent government.

Talking to UK/USA based Humanitarian group in the federal capital, he said the welfare of expatriate Pakistanis was a priority of the government.

Addressing the delegation, Raja Pervez Ashraf said that Pakistan is destined for progress and development as our nation is determined and adamant to rise above the present challenges. He said it is time to adopt policies of harmony, reconciliation and dialogue as outlined by Shaheed Benazir Bhutto and Shaheed Zulfikar Ali Bhutto.

The speaker also expressed his unwavering confidence on the capabilities of Pakistani Armed forces to eliminate terrorism and extremism from the country. He said that the masses are facing challenges of terrorism, extremism and inflation and being public representatives the onus of responsibility falls on politicians to lead this nation out of these quagmires.

Overseas Pakistanis have also witnessed that Pakistan have always come out victorious from these challenges, he said adding that nations learn from their past and rise above challenges by adopting the principles of unity.

While talking about parliamentary performance, he said it was the first time in the history of Pakistan that the doors of parliament were opened for all, especially for downtrodden and marginalized segments of the population like women, children, youth and transgender. He said that the parliament has been at the forefront to fight the case of climate justice for Pakistan and it remained active to legislate for the common people. The Speaker also resolved that the incumbent parliament would continue to focus on resolving present challenges. Federal Minister for overseas Pakistani Sajid Hussain Turi was also present in the meeting. He said that addressing the challenges of overseas Pakistanis has been his chief focus as special courts would be established in the coming month to decide about property issues of overseas Pakistani.

Chairman NADRA also informed the delegation regarding National Database and Registration Authority (NADRA) initiatives to facilitate Pakistani immigrants like online issuance of attorney. Members of UK/USA Humanitarian Delegation for Pakistan led by Lord Quran Hussain Member of House of Lords appreciated speaker’s initiatives for record legislation this year. They also expressed their solidarity with the flood affected people. They also said that they visited Pakistan to support the flood affected people. They also said that Khubaib Foundatin is providing immaculate services to orphans and destitute. They expressed their resolve that they would continue to support Pakistan till their last breath.