* A tearful farewell to favourite series that ended this past year, whether due to natural conclusion or cancellation 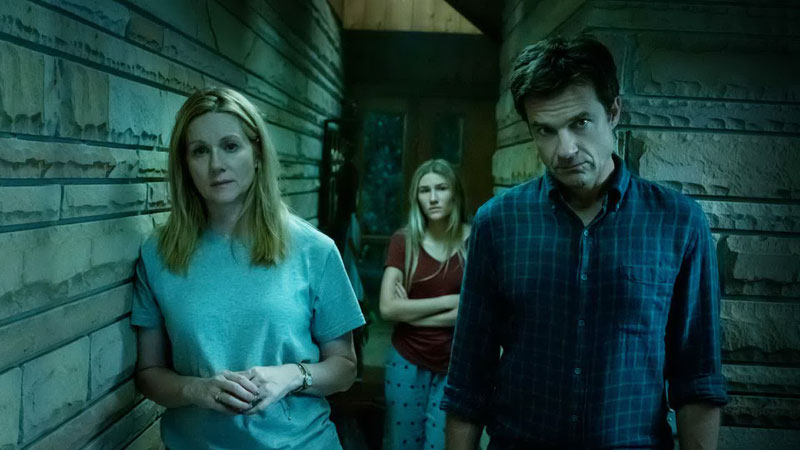 Just as countless television series come into this world each year, a large number of them go gently into that good night. But it never gets any easier to say goodbye to the shows that made us laugh, gasp, cry, or sneer with ironic glee. Life has a funny way of making us emotional about media; perhaps because, for many of us, it’s the only comfort we have. To honor the fallen—whether by their own hand or another’s—we gathered together to eulogize the shows we’ll miss most. Take a seat in the pew, and remember the good times. Don’t forget to pay your respects at the door.

Atlanta (Ended) — Atlanta arrived in pop culture at the end of 2016—two months shy of Donald Trump’s election—along with a new wave of diverse storytelling in the age of streaming and “prestige” television. And yet there was something reductive about the way it was grouped with comedies like Black-ish or Master of None. For one thing, both of those shows are bad. (You can fight me on this!) Primarily though, Atlanta achieved a perfect blend of writing, directing, acting and laugh-out-loud humor that its counterparts could never really match. The series operated in its own lane conceptually while abiding to the constraints of a classic, episodic sitcom.

While its third season may have been unwatchable at times, Atlanta came back stronger than ever during its fourth and final season that ended with a beautiful ode to Popeyes. Thank God we at least have the privilege of watching the show’s cast spread their wings as successful film actors. In the case of Donald Glover, who knows what to expect?

The Baby-Sitters Club (Canceled) — I will miss saying hello to my friends, to the people who care. (There’s nothing better than friends.) I can’t think of a show that so expertly navigated multiple lanes that are notoriously impossible for Hollywood. It mined 30-year-old nostalgia, and found a way to make it fresh, modern, and relevant. And it centered the experience of pre-teen girls in a way that wasn’t patronizing or twee. It really, truly cared about the inner lives and the complicated friendships of this group of girls, and so authentically portrayed it that, if you were a grown adult watching, you were weeping.

Better Things (Ended) — This year, we were sad to lose Pamela Adlon’s Better Things, but we are grateful to have had so much time with the slice-of-life FX comedy before its death by natural causes. Thoughtful and exploratory, critically beloved but far from a viral meme machine, Better Things was the kind of project that too often winds up canceled before it’s tied up all its loose ends. Thankfully, it died how it lived: on its own terms, and with a strangely captivating recessional song choice—a buoyant rendition of “Always Look on the Bright Side of Life,” sung without Monty Python’s ominous crucifixes.

For six years, Better Things has felt like a miracle. We’ve cherished the thorny, authentic relationships that feel as lived-in as the show’s beautifully curated set decorations. With all its loose ends mostly tied up and all of its characters preparing for a new adventure, Better Things will be lovingly remembered as the warm hug it always was.

Better Call Saul (Ended) — Better Call Saul died as it lived: superbly. After six thrilling, gorgeous, boundary-pushing seasons, the Breaking Bad spin-off came to an end this year. What an end it was! The denouement of Slipping Jimmy’s journey was experimental. It was surprising. It was even a little bit goofy! For a show destined for a crushing finale, Better Call Saul never eschewed heart or humor. Breaking Bad birthed something all parents should: a son that is better than his father.

Chrisley Knows Best (Canceled) — Over the past two years, Bravo stars Jen Shah and Erika Jayne have been the poster children for reality TV’s criminal underside. Meanwhile, over at USA, Chrisley Know Best stars Todd and Julie Chrisleys have been quietly racking up bank fraud and tax evasion charges and were officially sentenced to a combined 19 years in prison earlier this month. The show was promptly canceled, which means that my favorite Southern grump, Todd, will no longer be reprimanding his wife and children (in a loving, joke-y way) about anything and everything for my amusement.

Over almost 200 episodes, Chrisley Knows Best never became appointment television. But it was a delightful departure from the more intense, sensational offerings on other networks. The show was heavily scripted, practically mimicking a ’70s sitcom. But that formula was successful. And many of Todd’s Todd-isms were actually useful, even if he didn’t follow his own advice.

Desus and Mero (Canceled) — Late night television lost two of its brightest stars in 2022, with the tragic end of Desus and Mero. No one could have foreseen the Bodega Boys’ breakup—certainly not those of us who aspired to their kind of friendship. Their easy, witty repartee about the silliest news items was so delightful, as were their fannish interviews with folks like Matt Damon and Derek Jeter. They were always fully themselves, awkward and nerdy and giggly without shame. (The sound of Mero’s laugh will never leave us.) But sometimes even the best of us cannot withstand the shiny allure of money, contract negotiations, and legal disputes. May Desus Nice and the Kid Mero reconcile one day, even if it’s not on TV.

Ozark (Ended) — All good money-laundering-for-the-cartel sagas must come to a bloody end, and it’s therefore no surprise that Ozark concluded with one last fatal blast. Over the course of four seasons, Chris Mundy’s nerve-wracking Netflix series carved out a distinctly dark and despondent crime-drama niche, led by stellar leads Jason Bateman and Laura Linney (doing career-best work) as well as standout supporting star Jennifer Garner as a Missouri local with a gift for the illicit.

The story of the Byrd family’s many attempts to get out from under the thumb of Mexican drug kingpins—an effort that involved riverboat casinos, rural heroin dealers and Big Pharma—Ozark was never going to let everyone survive. Still, the show generated constant tension right up until its closing moments. Its bleak, cynical portrait of getting ahead in business (and protecting your neck) through unchecked avarice and horrifying ruthlessness will be sorely missed.

The Good Fight (Ended) — Some of us have been watching Christine Baranski play Diane Lockhart for 13 years. It’s an incredible run, across both The Good Wife and its spinoff, The Good Fight. But I don’t think anyone expected how much that latter series would mean to them, or the service it would provide. The Good Fight made a point to engage with our exasperation, anger, and delirium over the news of the world in these last six years. Through Diane, it was a channel for catharsis. Even as it reflected back the bleak reality of our world, it reminded us to be hopeful, to march on. There were times when the show was hopeless, as were we. But it continued, because we did, too. Its final episode should be the definitive piece of pop culture of our time, nailing our exact mood of the moment.