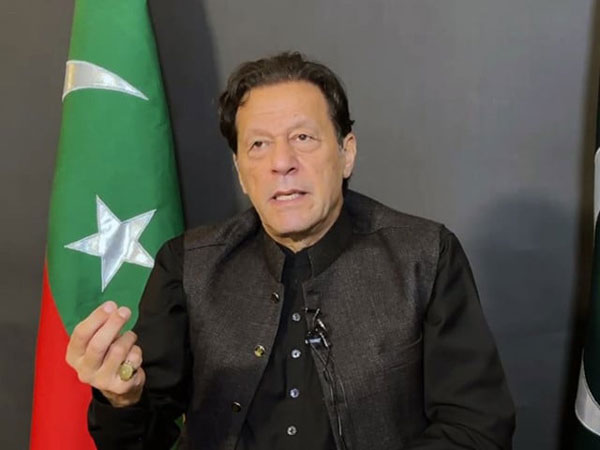 Pakistan Tehreek-e-Insaf (PTI) Chairman and former premier Imran Khan on Saturday said he would form government in Sindh in the upcoming general elections as people of the province are looking for a change.

Speaking to PTI’s social media workers, the party chief while rebuking the ruling Pakistan Democratic Movement (PDM) over economic woes said that country’s economic situation is worsening day by day, adding that those who came to power just to get “NRO-2” cannot fix the crippling financial situation. Imran Khan reiterated that snap elections across the country is the only way to pull the country out of the quagmire. Earlier, the former premier hit out at the Election Commission of Pakistan (ECP) and the federal government for not holding the local government elections in the capital city.

By defying the Islamabad High Court (IHC) to conduct polls in Islamabad on Dec 31, the ECP had proved once again that “it was a B-team of the imported government and its patrons”. Imran Khan, who is demanding snap elections in the country since his ouster through a no-confidence vote in April last, said the PDM was avoiding the elections as it was afraid of the public. “The right to vote is a fundamental democratic principle and the PTI stands by it wholeheartedly,” he said.

Meanwhile, PTI Senior Vice President Fawad Chaudhry said while talking to the media in Lahore that the incumbent rulers, in connivance with the ECP, were making a mockery of the Constitution of Pakistan and the fundamental democratic rights of the public to vote by defying elections.

He termed the federal government’s decision to not hold local government elections in Islamabad city an “open attack” on the judicial system of the country.

“Interior Minister Rana Sanaullah and ECP Chairman Sikandar Sultan Raja have jointly attacked the court of law by defying its decision. The ECP has become a subsidiary of the federal government. The commission’s chief has reduced his value to merely a clerk. The PTI has already filed a reference against the ECP in the Supreme Judicial Council (SJC) and the party has decided to file another reference besides moving the court to stop the ECP from acting at the behest of the imported rulers. The party would ask the court to review the performance of the commission,” he maintained.

Responding to a media query, Fawad said the dissolution of Punjab and Khyber Pakhtunkhwa assemblies was final and it was delayed because the government had submitted a no-confidence motion in the Punjab Assembly.

However, both assemblies would dissolve as it was clearly clarified by the court of law in Javed Hashmi’s case that it was the right of the majority party though there were different rules for the PTI and other parties, he said and added that it would not affect the PTI’s popularity.