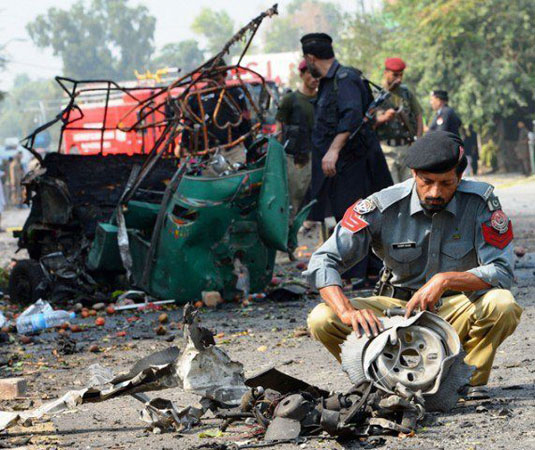 The year 2022 ended with December as the deadliest month for Pakistan while the country suffered as many as 376 terror attacks in last year that resulted in an increased number of casualties in Khyber Pakhtunkhwa and Balochistan provinces.

The Center for Research and Security Studies (CRSS), in its annual report released on Saturday, said that the majority of these attacks were claimed by the banned terror outfits such as Tehreek-e-Taliban Pakistan (TTP), Daish (Islamic State Khorasan) and Balochistan Liberation Army (BLA).

These terrorist attacks that targeted civilians and security personnel included IED ambushes and suicide attacks mostly in Pakistan Afghan border regions. As a whole Khyber Pakhtunkhwa (KP) province experienced an exponential rise in violence whereby the fatalities there also remained higher. The highest victims of violence were civilians, government officials and security personnel. Among civilians there were some foreigners as well, the report said.

The Center said that after November 28, an unprecedented spate of terrorist violence ensued in KP and Balochistan, with over two dozen attacks in the month of December alone. This took the fatalities in the province (including ex-FATA) to nearly 64% of all the fatalities in the country i.e., followed by Balochistan which suffered 26% of terror-related deaths, it claimed.

Most of the terrorist violence originated from eastern Afghanistan, the report quoted the officials further said.

Most of the terrorist strikes were concentrated in Bannu, Waziristan, Bajaur and Kurram districts.