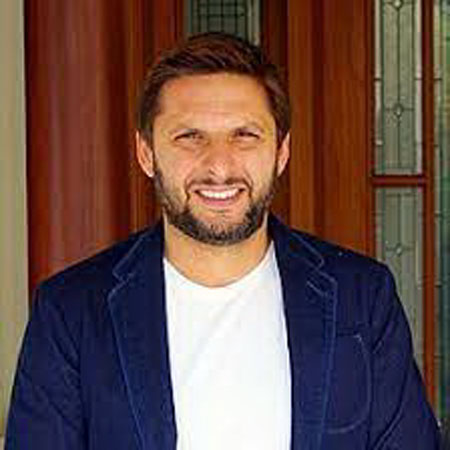 LAHORE: Former Pakistan captain Shahid Afridi on Saturday indicated that his association with the Pakistan Cricket Board (PCB) as the interim head of the selection committee may not last long due to his “commitments” with his charity foundation. Speaking to reporters in Karachi, the former captain said that it will be “a bit difficult” for him to continue with his new responsibility [post-New Zealand series], saying the activities of his foundation required his person involvement. The PCB Management Committee led by Najam Sethi had on December 24 appointed Afridi as the interim head of the selection committee for the home series against New Zealand comprising two Tests and three one-day internationals. The Kiwis are visiting Pakistan for the first time in 19 years. Abdul Razzaq and Rao Iftikhar Anjum are other members of the tour-specific committee, while a member of the board’s management committee, Haroon Rashid, is the convener.

“We are here for this particular series and we want to do justice with our job,” Afridi told journalists. He said the “communication gap” between players and the selection team was a major obstacle causing issues with the team. Afridi said that his selection committee was working to develop two playing elevens’ worth of national talent. “It usually happens that players stay in their comfort zone knowing they don’t have a backup, and therefore, we are working on this aspect to ensure there is always a replacement for any player,” he added. Afridi said he wanted to implement this idea before his tenure ends. Afridi also highlighted a “communication gap” as one of the major issues the Pakistan cricket team was facing, insisting that the chief selector should be in direct contact with individual players to be aware of their positions properly. To a question, Afridi said he believed in teamwork and never took decisions unlitarerally. In response to another question about skipper Babar Azam’s position, the ex-captain said it was not his call to retain or remove a captain, adding it was the chairman’s prerogative to take such a call.

The former skipper said that having experienced individuals like Haroon Rashid is helpful for him along with people like Abdul Razzaq and Rao Iftekhar Anjum who are involved in domestic cricket. The interim chief selector also had words with the curators of National Stadium and discussed possible wickets for the second Test which starts on January 2.