Raangi Movie Review: Trisha’s film and its beliefs are flawed on so many levels 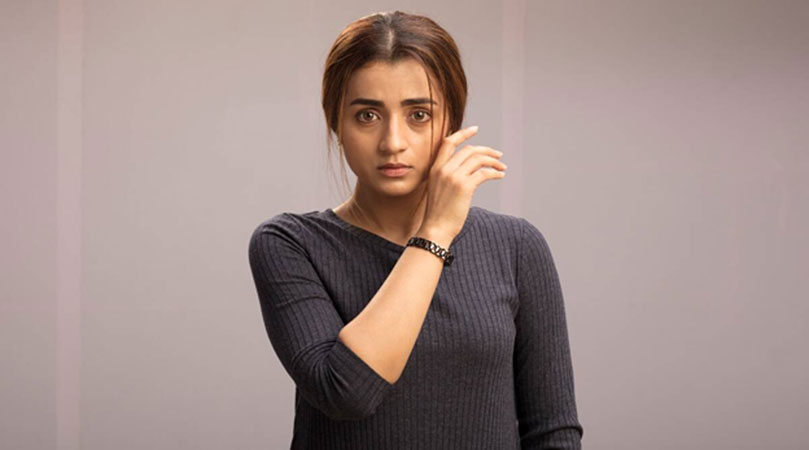 Trisha recently completed 20 years in the film industry. Having proven her prowess for two decades, there’s a natural hype surrounding every film of hers. With Raangi, the buzz doubled as it projected Trisha as an action heroine – that’s a first for her. In hindsight, the film also has story written by AR Murugadoss. Will Raangi turn a new leaf in Trisha’s career? Let’s find out!

Thaiyal Nayagi (Trisha) is a journalist for an online media company. She thinks that she and her brother are not actual journalists and the profession died with her father. She feels that journalists these days do not report the actual issue. One day, she finds out that a fake account on her niece Sushmita’s (Anaswara Rajan) name is in talks with a person named Aalim, who works with a terrorist organisation in Tunisia. As Thaiyal gets involved in it, it causes trouble for her and Sushmita. She gets arrested and we get to see what led to this and what happens after.

AR Murugadoss’s story is quite interesting. At a time when the audiences are used to seeing heroes kick butts, having Trisha hyped up as an action heroine is a welcome change. Trisha gets a handful of action sequences where she attacks the goons just as a hero would. However, having a heroine at the forefront and dialogues on feminism is not just enough for a film.

Raangi’s ideology is convoluted and wrong on so many levels. For example, Trisha’s Thaiyal finds out that a young girl is the owner of the fake ID created in her niece Sushmita’s name. The young girl feels that she doesn’t look beautiful and hence uses Sushmita’s picture to chat with guys. Instead of doing the right thing, Trisha does the opposite. She tells the girl that she needs to endure pain to become beautiful.

Similarly, there’s a stretch about Sushmita’s nude videos being circulated. Trisha’s character goes ahead and asks her niece to strip in front of her without her consent. She impersonates and gives her address to a random person despite having doubts about him and mouths ridiculous dialogues. If these are not enough, there is another problematic stretch, which hints at a possible romantic angle between Thaiyal Nayagi and Aalim.

While there are good moments that can be handpicked, they are outnumbered by ridiculous and morally wrong ideas. Aalim’s backstory and his character bring back interest in the story. However, the interest is shortlived as well.

Trisha has given a decent performance as Thaiyal Nayagi, but it is baffling to see how she agreed to go by so many problematic ideas. In fact, it is surprising to see these ideas making it past the discussions between the direction team. The flawed story cannot be justified by a few good stretches.