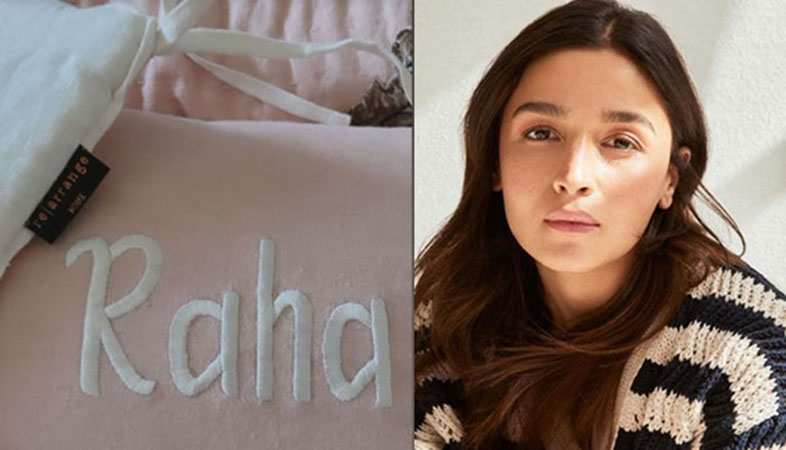 On Saturday, the Gangubai Kathiawadi shared the photo of an adorable bedding set of her daughter, gifted by the actress’s friend.

Newbie mama shared a story on Instagram stories of Raha’s pink bedding set, which had the baby’s name sewn in with written on white lettering. She tagged her friend and the brand, and wrote, “The most gorgeous bedding set. thank you my lovely Rhea maasi.”

The couple announced the name of their bundle of joy in a lovely post that had a picture of the duo holding their baby in the arms.

She wrote; “The name Raha (chosen by her wise and wonderful Dadi) has so many beautiful meanings… Raha, in its purest form means divine path, in Swahili she is Joy, In Sanskrit, Raha is a clan, In Bangla – rest, comfort, relief, in Arabic peace, it also means happiness, freedom & bliss. And true to her name, from the first moment we held her – we felt it ALL! Thank you Raha, for bringing our family to life, it feels as though our lives have only just begun.”

Earlier, Alia had announced the news of her daughter’s birth with an Instagram post, which read, “And in the best news of our lives:- Our baby is here…and what a magical girl she is. We are officially bursting with love – blessed and obsessed Parents! Love, love, love Alia and Ranbir.” Alia had announced her pregnancy via an Instagram post in June this year. She and her Brahmastra co-star Ranbir married in April this year at their Mumbai home Vastu, in front of close friends and family.