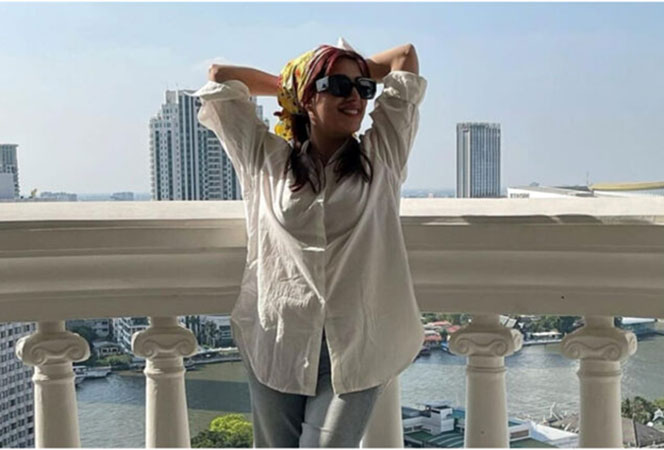 Lollywood diva Mehwish Hayat never missed a chance to entertain her admirers. Her bold persona and glamorous looks are the reasons why her massive fan following has fallen head over heels for her.

The ‘London Nahi Jaunga’ star turned to her account of the photo and video sharing application in the late hours of Saturday and posted a new reel on the feed.

“On my way to get some ??????,” read the caption on the walking clip of Hayat while some upbeat music played in the background. The actor is seen in a flowy polka-dotted monotone dress and styled the look with side-parted hair and dainty jewels. The now-viral reel was watched by millions of users of the social platform within hours and garnered numerous likes and comments for the celebrity.

Earlier this month, Hayat was spotted at the Lusail Stadium, Qatar for the final of the FIFA World Cup with other A-list celebrities. The diva with Sajal Aly broke the internet with the ‘selfie of the year’ which she clicked with the OG David Beckham.

Meanwhile, on the work front, Mehwish Hayat, in very simple words, just owned the year 2022. Apart from wowing the audiences with a super impressive MCU debut in ‘Ms Marvel’ where she played Aisha – the great-grandmother of protagonist Kamala Khan and possessor of the Golden bangle – the celebrity also entertained the moviegoers with her Eid-ul-Adha outing, the Nadeem Baig directorial ‘London Nahi Jaunga’ with Humayun Saeed and Kubra Khan.