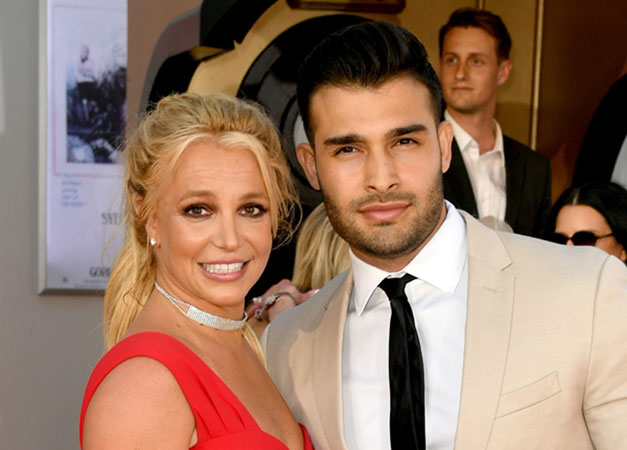 Britney Spears’ husband Sam Asghari has addressed rumours that he has been controlling his wife’s social media.

Fans began to grow suspicious earlier this month that Spears didn’t have control of her own social media when she celebrated her birthday with a tribute to her younger sister Jamie Lynn, who she has been feuding with. Back in January, the latter was sent a cease and desist letter by the pop star’s lawyer, Matthew Rosengart, demanding that Jamie Lynn stop talking about her sister “derogatorily” while promoting her memoir, Things I Should Have Said.

Spears also said that her social media was a “lie” when she was under the 13-year conservatorship enacted by her father Jamie.

Now, Asghari has denied the accusations that he controlled her social media. “I don’t even control what we have for dinner,” he said to photographers, Just Jared reported.

“In the past, there has been a lot of stuff going on so I understand where [some fans are] coming from,” he continued. “They’re just being protective. If anything they’re being good fans.”

Asghari has previously defended Spears posting risque photos of herself on her social media channels. “The only person in the world that gets bullied for posting things like this,” Asghari wrote on his Instagram Story earlier this month [via People]. “I personally preferred she never posted these but who am I to control someone that’s been under a microscope and been controlled for most of her life.”

Jamie Spears recently gave his first interview in over a decade to the Mail On Sunday, in which he questioned whether his daughter would be alive today if it hadn’t been for the conservatorship, which was terminated in November 2021.

“For protecting her, and also protecting the kids, conservatorship was a great tool. Without it, I don’t think she would have got the kids back,” he argued. Spears said he didn’t regret implementing the conservatorship, but refused to say whether he thought it went on for too long. “You can answer [that question] yourself. Just look at how things are now.”