Hrithik Roshan says being a star is burden 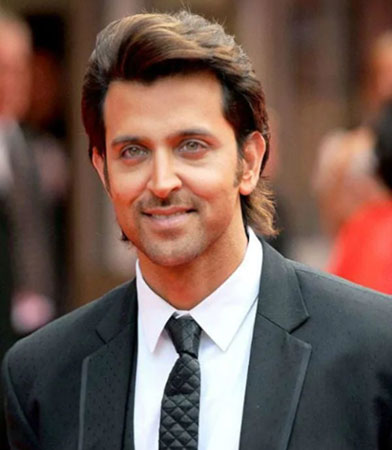 Hrithik Roshan in a new interview talked about how being a star feels like a burden to him, compared with being called an actor. However, he said he is grateful for his stardom.

Hrithik Roshan recently pointed out how he feels about being termed a star versus being called an actor. He said while one term makes him comfortable and relaxed, the other one felt like a ‘burden’ to me. Hrithik added he is thankful for his stardom.

Hrithik Roshan’s last outing was Vikram Vedha with Saif Ali Khan. Directed by Pushkar-Gayatri, Vikram Vedha is a Hindi remake of the filmmakers’ 2017 hit Tamil film of the same name. The original featured R Madhavan and Vijay Sethupathi. While the Tamil film was a hit, the Hindi version failed to do the same kind of business at the box office.

In a recent interview, Hrithik opened up about his films and told Galatta Plus, “Every time there’s a Vedha, Super 30 life actually becomes very easy because all you have to do, is your job as an actor. When you do films like Bang Bang, War or Fighter then you have the whole weight of being a star.

And, you have to get the aesthetics right, all the expectations, look at certain way, that really can sap you. That is very very difficult process. For me, doing a film like Super 30, Kaabil is a joy because all I have to focus on is being real, feeling my lines, all the things that are attributed to the job of an actor. But when you got to take up the job of a star, it is unhealthy actually in many many ways.”

When asked about the job of a star, he described the difference between being a actor and star. “When someone refers to me as an actor, a good actor or talks about to me as the actor that I am, it’s such a warm safe, secure, fulfilled vibration inside, you know. I am comfortable. This is not true for everyone, it just basically goes to show that I am actually more comfortable, calm and me and more myself being the actor. The star is the responsibility. I am very grateful for it, don’t get me wrong, I am very thankful this is something I cherish. I know it’s been given to me, it’s a gift but it’s a burden that I carry. And, I have to work very hard to thrive. I don’t want to survive I wanna thrive in it, but it’s a journey. As an actor I feel very, very relaxed when there are no expectations.”

Hrithik will be next seen in upcoming action movie Fighter. Directed by Siddharth Anand, it is his first film with Deepika Padukone. It also has Anil Kapoor.