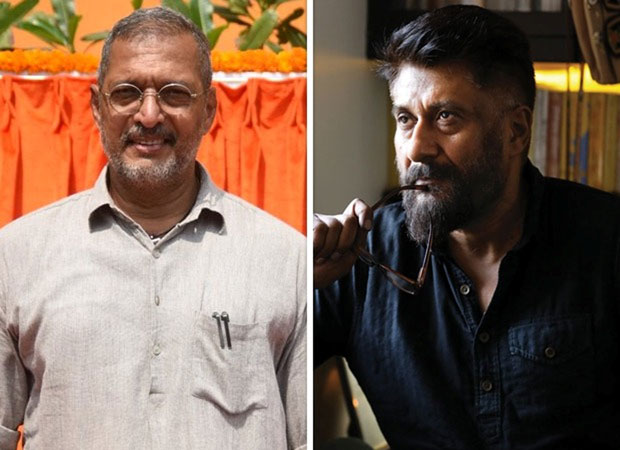 The year 2022 ends today and the biggest grosser of the year is Vivek Agnihotri’s The Kashmir Files. It was the sleeper blockbuster as the film, reportedly made in just Rs. 15 crores, opened with collections of just Rs. 3.55 crores and had a lifetime of Rs. 252.90 crores. As a result, the expectations are tremendous for Vivek’s next film, The Vaccine War. Vivek Agnihotri announced the film a few months back and two weeks ago, the film went on floors.

Bollywood Hungama has learnt about the casting of The Vaccine War, which was kept under wraps till now. A source told Bollywood Hungama, “The Vaccine War stars Nana Patekar in the lead. He has a very important and well-fleshed-out character. Nana sir is putting his heart and soul into playing his character and he’s happy shooting for the film.”

Nana Patekar, who turns a year older tomorrow, on January 1, was last seen in the Tamil film Kaala (2018), co-starring Rajinikanth. It’s My Life (2020) and Tadka (2022) did see a release on television and digital respectively, but these were delayed projects. In 2023, he’s expected to be seen in as many as 3 films. Besides The Vaccine War, he plays the lead in The Confession, directed by Ananth Narayan Mahadevan. He also shot for the Marathi remake of the blockbuster Gujarati film, Chaal Jeevi Laiye (2019).

The source added, “Apart from Nana Patekar, The Vaccine War also stars Vivek Agnihotri’s wife Pallavi Joshi, who’ll be back on the big screen after her dynamic performance in The Kashmir Files. Gopal Singh, who recently played a significant role in Madhur Bhandarkar’s India Lockdown (2022) and veteran actress Divya Seth are also a part of the cast of the film. The movie is currently being shot in Lucknow.”

The Vaccine War, as the name suggests, is about India’s successful vaccination programme against the threat of Covid-19.

It is scheduled to be released on Independence Day in 2023.