Virat and Anoushka enjoy the last sunrise of 2022 in Dubai 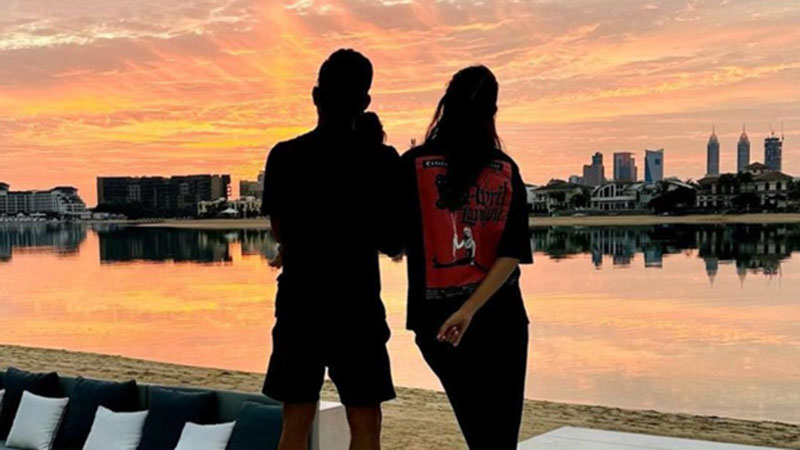 Many Bollywood superstars journeyed to their vacation spots in ahead of the New Year to celebrate. Anushka Sharma and Virat Kohli, the B-Town power couple, were spotted leaving for their vacation destination at the airport. The Indian captain uploaded a stunning family picture taken in Dubai. The pair was facing the camera as they stood by a pool at their hotel and watched the sunrise. Both Anoushka and Virat shared some stunning pictures on social media. Taking to Virat Kohli’s Instagram handle, he wrote, “To the last sunrise of 2022”. Meanwhile, Anoushka wrote, “The city, us, last night” on her latest Instagram post. Come 2023 and Anushka Sharma will mark her OTT debut with her home production movie ‘Chakda Xpress’. The film is inspired from the life and journey of Jhulan Goswami, who is celebrated as one of the fastest female pacers in the world of cricket. Speaking about the film, Anushka had previously shared, “It is a really special film because it is essentially a story of tremendous sacrifice. Chakda Xpress is inspired by the life and times of former Indian captain Jhulan Goswami and it will be an eye-opener into the world of women’s cricket.