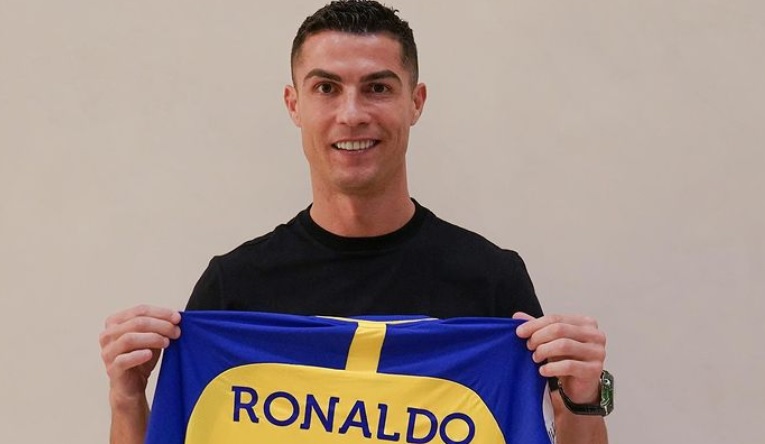 Ronaldo, 37, left Premier League giants Manchester United last month after an explosive television interview in which he said he felt betrayed by the club and did not respect their Dutch manager Erik ten Hag.

“I am eager to experience a new football league in a different country. Al Nassr Club’s vision is very inspiring,” the Saudi club quoted Ronaldo as saying.

He will arrive in Saudi Arabia with a vast collection of club honors after a glittering spell at Spanish giants Real Madrid from 2009-18 where he won two LaLiga titles, two Spanish Cups, four Champions League titles and three Club World Cups.

He went on to set a Real Madrid club record with 451 goals and has more than 800 senior goals for club and country.

Ronaldo won two Serie A titles and a Copa Italia in three years at Juventus before returning to United, where he won three Premier League titles, the FA Cup, two League Cups, the Champions League, and the Club World Cup.

He represented Portugal in Qatar, where he became the first player to score in five World Cups when he converted a penalty in Portugal’s opening Group H match against Ghana. Morocco eliminated Portugal in the quarter-finals.

Ronaldo said Qatar would probably be his last World Cup as he plans to retire at 40, with a move to Saudi Arabia likely to mark the swansong in the career one of the game’s greatest current players alongside Lionel Messi.