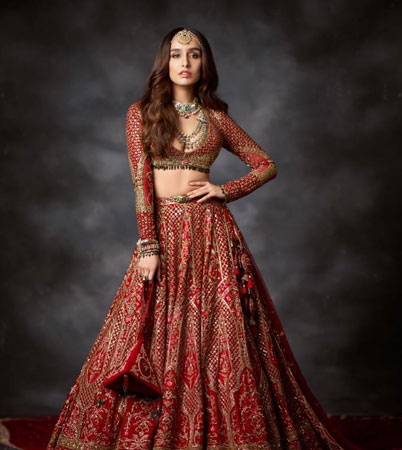 The 35-year-old beauty wore her hair in a bun and added huge hoops to her attire as accessories. The glam was completed with glowing skin, berry-toned lip colour and contoured features. As for her wardrobe, she was dressed to the nines in a cropped jacket adorned with Swarovski and silk threadwork in intricate motifs paired with a halter blouse and pencil skirt by Faraz Manan. She paired the outfit with Cosmic hoops in champagne ombre by Amama Jewels.

On the work front, Kapoor has Luv Ranjan’s upcoming untitled film with Ranbir Kapoor. The film is a romantic comedy and stars Dimple Kapadia and Boney Kapoor, who will be marking his acting debut. It will hit the theatres on the occasion of Holi, 2023.