Trending TV moments of 2022 that shouldn’t have been aired 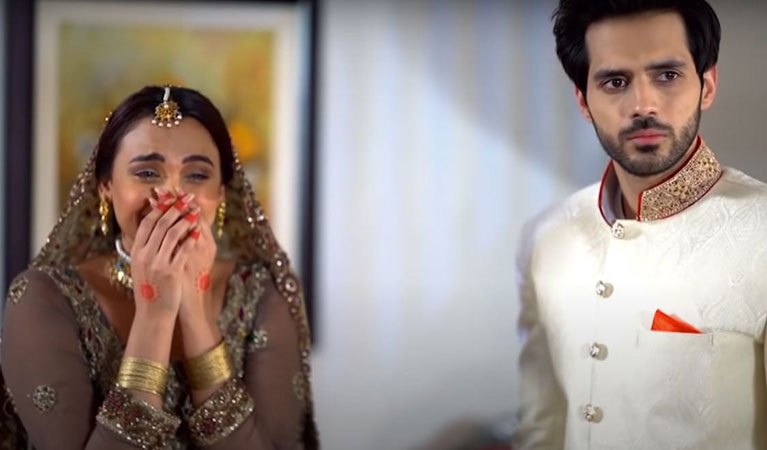 Pakistani dramas are famous for their reality-based storylines, but unfortunately, some dramas this year made us cringe with their hilarious content and plot twists.

This year, we saw many dramas with a great plot and amazing chemistry between some on-screen couples. However, 2022 also provided us with serials with hilarious scenes, from which social media generated some great content too. Here, we are listing down the most viral TV moments of 2022.

SHIZA OR FIZA? — a clip of a Pakistani drama Haqeeqat went viral on social media in which a bride has been swapped on her wedding night by her twin sister. Soon after, the clip became trending, and social media users started making memes on the Shiza and Fiza debate.

IDEAL MARRIAGE PROPOSAL? — forget about proposing a girl with flowers or a ring, Pakistani drama serial Ishq Hai gave us the most cringeworthy idea to how to get a girl. By threatening to shoot yourself. The makers of the drama received a severe backlash for the scene as people asked them “Ishq Hai ya toxicity?”

FANTASISING STALKERS — Danish Taimoor, once again was seen romanticising toxic behaviour, as one of the scenes from his drama serial Kaisi Teri Khudgharzi went viral. The scene depicts an absolute cringe exchange between a stalker and a girl, which apparently was supposed to be a love confession by the former. Another scene from the drama received flak as it featured the same scene as Ishq Hai, Taimoor threatening his love interest with a gun on his head.

RAZAI BHAI BEHEN — Pakistanis were unfortunate enough to come across an episode of drama serial Hum Judah Hoay Kuch Iss Tarhan that revealed two foster siblings had married and were expecting a child together. Thanks to the clip, Pakistanis got to know a term: ‘razai bhai behen’ (foster siblings) – from which they were unfamiliar with. Alongside internet users, celebrities like Ali Gul Pir also made memes out of the viral video.

PAKISTANI DRAMAS SETTING ANOTHER BEAUTY STANDARD FOR WOMEN — as if the obsession with skinny and fair-skinned girls wasn’t enough, Pakistani drama chose to shame women with curly hair. Starring Noor Zafar Khan and Syed Jibran, the first episode of the show Main Aisi Kiun Hun started off with the latter hating his wife’s curly hair.