‘Marie Antoinette’ — if you loved ‘The Favourite,’ you’ll adore this fun period drama 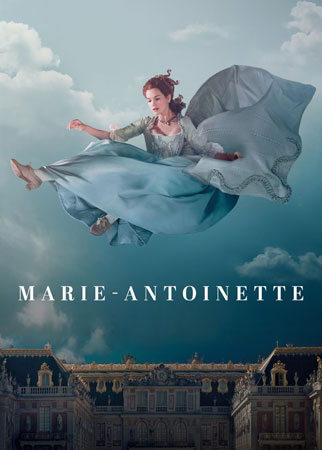 The future king of France is not exactly a catch. Marie Antoinette, barely a teenager, has been sent from Austria to be married off to the dauphin Louis-Auguste – her pug promptly seized and sent straight back in her carriage – and for what? A pasty-faced, lank-haired prince, who emerges carrying a dead rabbit. “Does he … wash?” she asks her one courtly friend nervously. That, it turns out, is the least of her worries.

Marie Antoinette is the big new eight-part period drama from the BBC and France’s Canal+. It is written by Deborah Davis, who also wrote The Favourite, for which she was nominated for an Oscar, and which won its lead, Olivia Colman, one. If you loved that film, there is similar to enjoy here – it is sometimes strange, funny, grotesque in places, with a gorgeous if occasionally oppressive score. Historians and purists in France, where the series launched at the end of October, have unsurprisingly called it “obscene” and full of “historical aberrations”, including the supposed rebrand of Marie Antoinette as a feminist icon. But the trend for reappraising historical and maligned female figures with a contemporary viewpoint is unstoppable and anyway, this is not the first revision of the last queen of France before the revolution.

Here, to begin with at least, Marie Antoinette is a naive and playful teenager, the horror of whose situation dawns only as she is driven away from the Hofburg palace towards a future she has not chosen. First, though, the Austrian archduchess must be trained in French etiquette. She learns an elaborate curtsy, smirking at the ridiculousness of it. “Is that good enough for Versailles?” she says. Anyone who watched the Duchess of Sussex, in the first part of her Netflix documentary Harry & Meghan, self-mockingly relaying her own elaborate curtsy when she first met the late Queen, will instantly think of her. If Marie Antoinette, and Meghan more than 200 years later, teach us anything, it’s that marrying into a royal family should never be regarded as a fairytale.

Even though Marie Antoinette is only 14, her value is in what her body can do. “They’ve asked us to confirm she is menstruating,” whispers her mother, the steely empress, to her French ambassador. “We haven’t replied.” What if, Marie Antoinette worries, she can’t deliver a Bourbon heir? “You will have failed in your duty but, most of all, you will have failed me,” says her mother, brutally. But what is she supposed to do when her husband, socially awkward and virtually mute, refuses even to talk to her? And if nobody has explained the mechanics anyway? On their first night, after the court has gathered to watch them undress and get into bed together, he puts a bolster between them and turns over immediately.

There’s zero chemistry between them – the marriage was unconsummated for years – which ordinarily wouldn’t make for great TV, but happily this is Versailles, so there is plenty of plotting and alliances and machinations, a whole court of supporting characters in fabulous costumes and wigs as glossy and rippling as astrakhan coats. There’s Louis XV, a goodtime grandpa king with a side order of mafia don, two gruesome aunts, a boisterous younger brother who resents being the “spare”, the kindly Princesse de Lamballe and various hapless or cruel politicians and servants. There’s even a spy disguised as a chambermaid. Arriving in an 18th-century version of a soft-top sports car, like a 1980s Californian princess with a perm, is the king’s mistress Madame du Barry. “I’m the plat du jour,” she quips, before interrupting dinner and installing herself on the king’s lap. It’s good fun, and almost too much, but it works.

Amid all the heightened drama and hairstyles, at its heart are two frightened teenagers trapped by their destinies – the wedding night of the dauphin and his new dauphine is humiliating and moving. Sadly, we know it doesn’t end well for them.