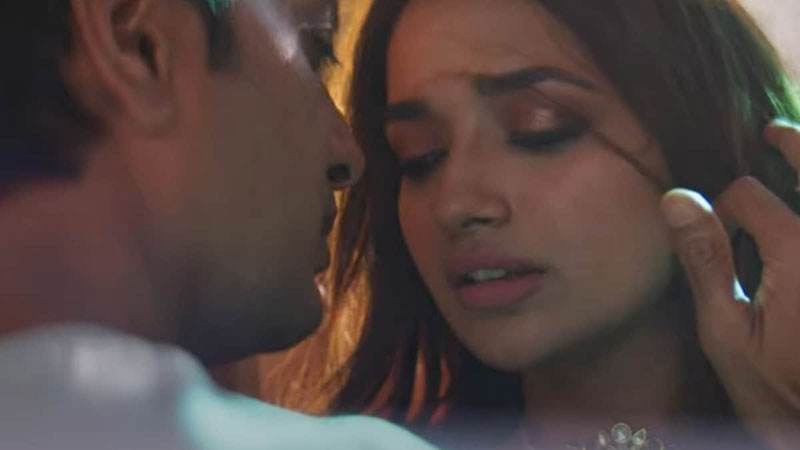 Marking his debut as a director, Riteish with his almost two decades of experience knows how to package a film in order to draw people towards it at least with the promotional material.

He brought in a superstar to do a song, hired one of the most prolific music composers to do the songs, and romanced/irked with his wife on the screen and the two have a hefty fanbase for them as a couple. Add to this a sport that is almost a religion in India and there are almost all elements to make a film luring. But is that enough? Is packing a story and adding redemption by the end how we make films?

Screenplay by Sandeep S Patil and Rushikesh Turai, Ved is a movie that drives on predictable notes from the word go. But the power that it possesses is creating moments. The film creates some scenes that work most efficiently in talking about the characters and the helplessness of the man-child that the protagonist of the movie is. One has to notice how Riteish adds an undertone of humour to the movie with situational comedy when he opens the movie with the hilarious commentary given by Siddharth Jadhav and Jitendra Joshi. Such is with emotions when the screenplay adds a touch of very mature romance between Satya and Shravani. The way she lends him money without making it look like he is dependent on him. It is all good to see.

Now I haven’t seen the original Naga Chaitanya starrer film, so can’t comment on which one’s better. Having heard that there are substantial changes made, it seems like there is some effort put in. A lot of it works because the filmmaker with his team takes extra efforts in creating the world around the three leading characters and does not just have them fill the mandatory boxes. But while all of this is good in parts, the larger story that will bind it together flickers. It is predictable for a big major chunk and kind of reminiscent of many films we have seen in the past with no attempt to make this version look any different. 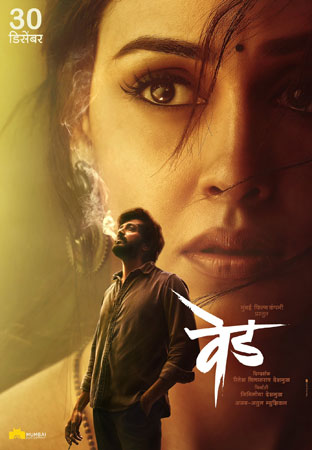 A lot of it is also felt because the back stories take so much time that by the time Satya finds his redemption the audience is already gone ahead. The redemption part of it is good but the journey to it just weakens the grip. Also, what exactly is the timeline of this story? Even in the flashbacks when Satya and Shravani are married for seven years already in the present, people talk about Collabs and social media like we do now. So is the present set in the future and the past is now? And where is this movie shot? They live somewhere near Alibaugh and travel to Mumbai by ferry. But there is so much inconsistency in detailing this location that you can see it easily. Riteish Deshmukh tried hard to be the mini-version of Kabir Singh/Arjun Reddy in his isolation but it doesn’t land as much. He does manage to show a range because not often is he allowed that in films that are fuelled by others. But, surprisingly, Marathi coming out of him doesn’t sound organic at any point considering he belongs to one of the most influential Maharashtrian legacies.

This is the Genelia we should have gotten years ago minus her Marathi, of course. Can’t blame her for the bad dialect because even Mr. Husband goes off there. But the way Genelia treats silences is surprising because we have never really got to see her exploring this part of her calibre. She is not just a chirpy girl but has to enact a lot of complex emotions and she does it well. Have to say it, this is a massive shift from Mister Mummy, a film I want to forget.

Jiya Shankar does what she is expected to and there is hardly any heavy lifting in her kitty. Ashok Saraf is back on screen in the mainstream after a long time and he is a performer we all must take notes from. Still using his demeanour to curate comedy it all lands perfectly even after years. More of Mama, please! So is everyone else in the secondary cast because they all do their jobs perfectly.

Keep aside the movie, Riteish Deshmukh has the art of directing montages. Just see the two song sequence Besuri and Ved Tujhe, and how he shows the flashback with slow-motion shots and sharp editing techniques. He blends the music, story, and performances so well. The camera also supports him in creating those. There is indeed a director in him but he is too bud completely yet. More on the main man chair might give us a skilled director someday.

Ajay-Atul’s music fits in the scheme of things for the film well. I am dicey about the recall value of this album though. Also, why is the title track featuring Salman put in the end and not somewhere in the middle? Not everyone sits through the end credits, so why not use it somewhere substantial? Ved has good things laced with predictability and that kills the vibe. The redemption comes late for the protagonist but the audience might find theirs much before that. Ved released on Friday.