Let people elect, not them 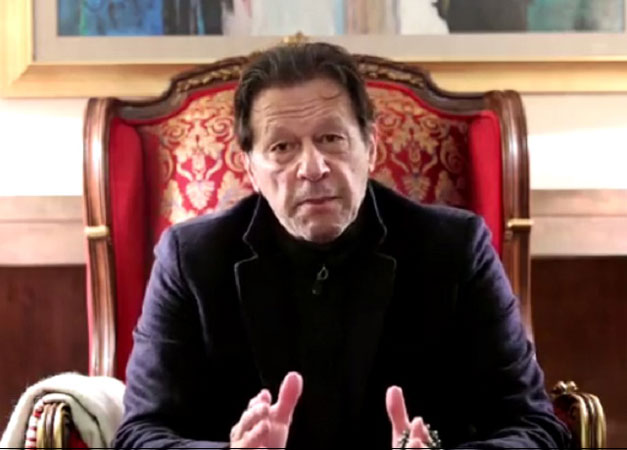 The Islamabad High Court on Friday ordered the Election Commission of Pakistan (ECP) to hold local government elections in the federal capital today (Saturday), and set aside its notification on the postponement of the polls.

The verdict was pronounced by the IHC Justice Arbab Muhammad Tahir, who was hearing identical petitions filed by the PTI and Jamaat-e-Islami against the electoral body’s verdict earlier this week. In a short order issued on Friday, the IHC set aside the ECP’s order dated Dec 27.

“The Election Commission of Pakistan is directed to hold the local government elections in the Islamabad Capital Territory as per the schedule already announced i.e. on 31.12.2022,” it said. The court also ordered the federal government to provide complete assistance to the electoral body for conducting the local bodies’ elections as mandated by the Constitution.

In a message shared on Twitter, former premier and PTI chief Imran Khan congratulated the people of Islamabad, saying that the verdict had enabled them to elect a local government through their vote.

“It is unfortunate that the ECP is siding with the corrupt cabal of crooks that have been imposed on us […] the Election Commission always supports them and gives verdicts against democracy.” Imran stated that the “corrupt cabal of crooks is afraid of the people and is running away from elections”. “Their only aim is to keep a grip over the country through horse-trading – buying people’s conscience through money gained from corruption”.

The PTI chief also called on the citizens of the capital to “fully take part in today’s elections” and defeat the “imported government”.

At the outset of the hearing in the IHC on Friday, the ECP submitted its response on the petitions filed by PTI and JI.

It said that the Election Commission and the Ministry of Law were “on the same page” regarding holding polls after four months, while the Ministry of Interior had sought time to hold consultations over the matter. For his part, PTI lawyer Sardar Taimoor Aslam argued that the ECP was trying to “put its burden” on the court. “The court never asked you to postpone the polls,” he said, adding that the Elections Commission took the support of a proposed legislation. “Without the signatures of the president, we can’t call it a law.” At that, Justice Tahir inquired if an election schedule was ever challenged in court. “If no, then that means we still have an election schedule in front of us.” The director-general of ECP replied that the schedule had been postponed.At one point during the hearing, the court asked: “If we accept the writ petitions, will the election commission be able to hold polls?” Aslam responded that the ECP had itself said that preparations for the elections were completed and only the distribution of electoral material was remaining. “It can hold polls in a week.”

Meanwhile, Additional Attorney General (AAG) Munawwar Iqbal told the court that a meeting was held between the ECP officials and the government. “However, due to a shortage of time, the comments of the participants could not be taken into account,” he told the court.At that, Justice Tahir asked if the federal government had become so incompetent that it could not file a response. “Even if a response is prepared, we can’t submit it without the approval of the Ministry of Law,” AAG Iqbal contended. “What was the reason behind increasing the UCs just 12 days before the polls,” the court pressed. At that, the AAG said that it was the government’s prerogative whether it wanted to hold the polls, adding that the power had been exercised twice this year. For his part, the director-general of ECP said that the electoral body was still ready to hold elections. “Are you,” the court inquired. The official said that the distribution of ballot papers had to be completed two days prior to the elections. “Security arrangements have to be seen as well.”

To that, Justice Tahir remarked that security arrangements had already been made in Islamabad. He also asked: “If elections are not held, the printed material would be wasted. Who would be responsible for this?” The ECP DG replied: “The one who issued the notification”. At that, Justice Tahir lamented that the court was “very disappointed” by the federal government’s attitude. On Tuesday, the ECP had postponed the polls “for the time being” at the last minute, frustrating thousands of contestants and their supporters. The electoral body’s order had come after the Senate, on Dec 23, passed a bill increasing the number of UCs in Islamabad amid strong protest from the opposition. The increase in the UCs required new delimitations – a process that could take several months to complete.