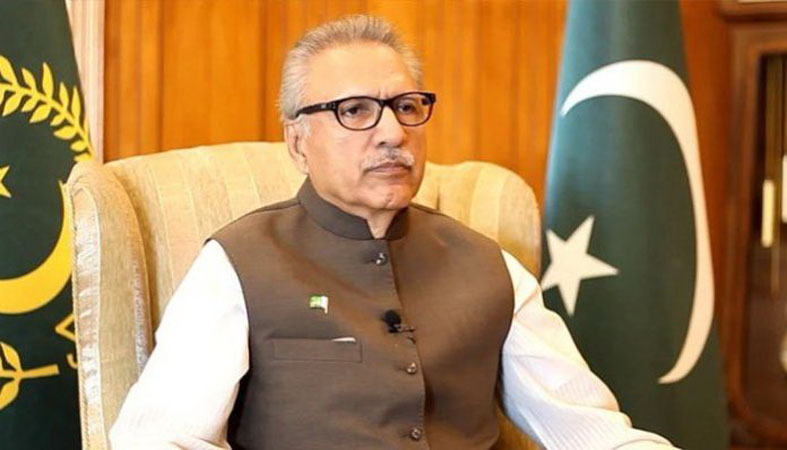 President Dr Arif Alvi has accorded his assent to the Access to the Media (Deaf) Persons Act, 2022 under which all private and state-run broadcasters will be required to air news bulletin with sign language interpreters to ensure special persons’ access to the media.

“The Act provides that after six months of the commencement of the Act, the Government shall not allow to broadcast any news bulletin on the national broadcaster, state or private run electronic media, private television channels, Cable TV or any other broadcast media without Pakistan sign language interpreters,” said a statement issued by the President Office on Friday.

After one year of the commencement of the Act, the government will not allow to broadcast any programme, entertainment, advertisement, talk show, drama, film or any other pictorial segment on the national broadcaster, media, private television channels, cable TV or any other broadcast media “without Pakistan sign language interpreters”. The Act directed the government and private media houses to appoint sign language interpreters within six months.

“The Act shall come into force at once and shall extend to the whole of Pakistan.” In June this year, the Senate standing committee on information and broadcasting unanimously approved the bill titled “The Access of Media (Deaf) Persons Bill, 2022”. The bill was moved by PPP Senator Saleem Mandviwalla who gave a detailed briefing to the committee chaired by Senator Faisal Javed.

He pointed out the growing sense of alienation among the special persons who could not watch dramas and listen to the news on television channels. The senator had also sought the support of the information ministry and Pakistan Electronic Media Regulatory Authority (PEMRA) for implementing the bill once it becomes a law after approval from relevant forums.