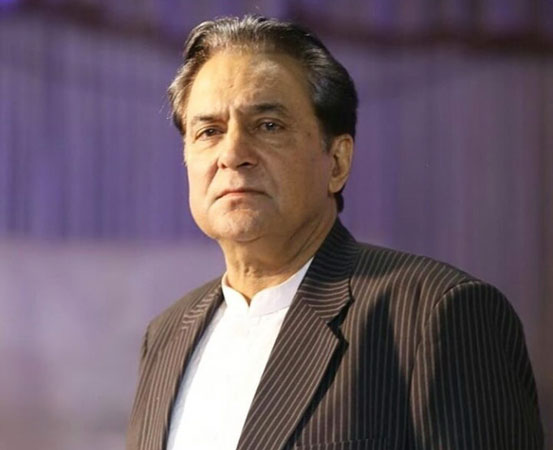 He also urged the netizens to remember him and his family in prayers.

Social media users were sharing fake news about the death of the “Dhoop Deewar” actor. A few days back, Hamza shared the sad news, saying that his father was going for a cancer recovery treatment at the Shaukat Khanum hospital.

Jamal has been a prominent name of Pakistan having tons of television, stage and radio projects. He began his career from drama “Badnami Dey Toway” in 70s.

Meanwhile, on Wednesday, Adviser to Prime Minister on Political Affairs, National Heritage and Culture Division Engr Amir Muqam, on behalf of the prime minister, presented a cheque of Rs 10 million to veteran actor Firdous Jamal as financial assistance from “The Federal Government Artists Welfare Fund” at his residence. He assured every assistance to the ailing artist for his medical treatment.

He said Prime Minister Shehbaz Sharif while praying for his early recovery, was pleased to approve Rs 10 million as financial assistance for his medical treatment. He further said the artists were an asset to society and steps were being taken for their welfare.