The New Life by Tom Crewe — desire on trial

* John Addington is one of two married men who will soon collaborate on a book entitled Sexual Inversion, based on the real 1897 book of the same name by Havelock Ellis and John 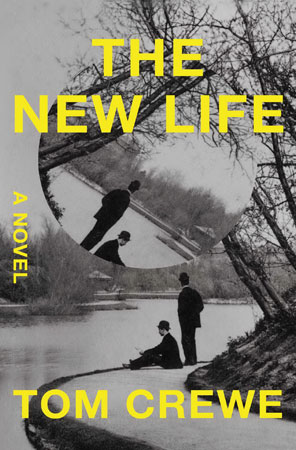 Tom Crewe’s virtuoso debut The New Life is one of the most embodied historical novels I have read. The tone is set in the extraordinary opening scene. It’s London in 1894, and John is jostled against another man in a tube carriage, “close enough to smell the hairs on the back of the man’s neck”. John has an erection, “cramped” flat against the man’s body, and the man begins to move his buttocks against him. As the scene becomes more openly outrageous – the man unbuttons his flies and reaches in – it becomes clear that this is a dream. It’s a dangerous
literary move but it succeeds, because it’s immediately evident that this is a novel about an erotic life that’s as yet unrealisable. From the constrictive comfort of his marital bed, John is dreaming his way into a future yet to be born.

John Addington is one of two married men who will soon collaborate on a book entitled Sexual Inversion, based on the real 1897 book of the same name by Havelock Ellis and John Addington Symonds. Crewe’s Addington has got to a point where he’s prepared to risk everything for lust, and for openness about who he is, because he is “dying” from the feeling that he’s wasted his life and destroyed his wife’s life in the process. Just when he’s begun discreetly circulating a celebration of homosexuality in ancient Greece to his friends, he’s propositioned by a man in the park and quickly moves him into his marital home as his secretary. In this febrile, ecstatic and guilty state, he encounters an article by Henry Ellis declaring that “morality is thus the normal activity of a healthy nature”. He then writes wishfully to
Ellis and their collaboration begins.

Henry Ellis, like his namesake, is a man determined to find new, rational ways of living. He wants to separate sex from marriage and so has married a lesbian, Edith; they are living apart but working together for the forerunner of the Fabian Society, Fellowship of the New Life. He’s straight but has his own sexual peccadilloes; again like his namesake, he’s aroused only by the sight of women urinating. Addington and Ellis work on their exploration of homosexuality as a natural phenomenon, Edith delivers a series of lectures on modern women and, in the midst
of this, Oscar Wilde is imprisoned, bringing an atmosphere of escalated fear and suspicion. Crewe’s brilliance – in addition to his ability to make us feel the physical sensations – is in dramatising moral dilemmas with complexity and rigour. He’s especially good at exploring the perennial conflict between private and public acts of courage and openness. Is it better to model bravery and enlightenment in your own life, or to make speeches and write articles that change the lives of millions?

The publishers of the book are put on trial and Addington is so desperate to defend his work passionately that he is prepared to reveal his homosexuality in his testimony, and therefore risk imprisonment. This makes no sense to Ellis, who sees Addington as driven by vanity and an inflated sense of how much the personal life of the individual matters. “Our work is important – it goes beyond our self-conceptions,” Edith says, speaking for her husband. There’s hypocrisy in this position: Edith has urged the women at her lectures to look inward and assert their “freedom to be”. But Crewe shows the Ellises to be as passionate and as full of integrity as Addington and The New Life’s rich account of bodily life powers and focuses the arguments about history and identity.

The other dilemma is whether closeted homosexual men should make use of patriarchal power to achieve their aims. Crewe brings the fight for sexual freedom for homosexuals into the same frame as the women’s movement, forcefully revealing the limits of solidarity between the two struggles. Addington’s wife, Catherine, at once sympathetic to her husband and furious, downtrodden and dignified, is one of the most moving characters in the novel. For the reader who’s broadly on Addington’s side and caught up in the erotic intensity that Crewe writes so well, Catherine’s reprimands are as chastening as they are for her husband. “Tell me: is the injustice that I have suffered the stuff of a book?” she asks, complaining that she hasn’t had her husband’s freedom to bring strange men to the house and that for him she’s been “merely flesh, fitted to receive your waste”.

“We must live in the future we hope to make,” a character says at one point. Crewe is writing from that future; the book is cleanly contemporary in style. By doing so, he reminds us that the future we uneasily inhabit is almost as conflicted in its attitudes to sexual freedom as the late 19th century. He also reminds us how dangerous it is to reduce human life to manifestos. Lives and experience demand richer forms of storytelling, and this is just what Crewe has given us.

Lara Feigel is the author of Look! We Have Come Through!: Living With DH Lawrence. The New Life by Tom Crewe is published by Chatto.