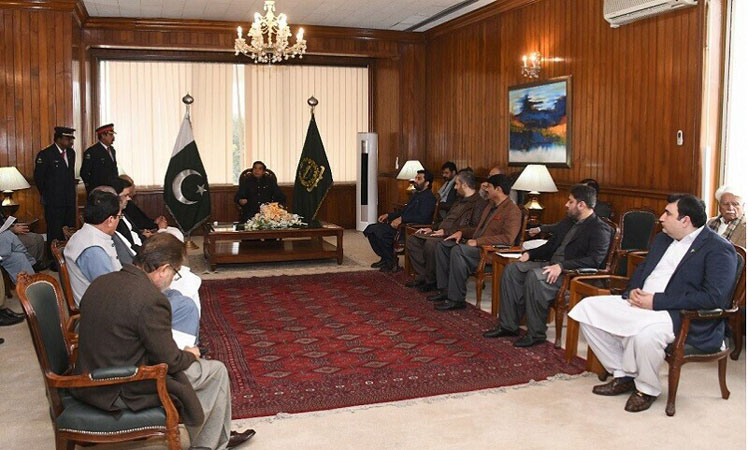 A day-long meeting on Thursday between Speaker National Assembly (NA) Raja Pervez Ashraf and Pakistan Tehreek-e-Insaf (PTI) leaders on the issue of latter’s resignations from the Lower House remained inconclusive.

A PTI delegation headed by former NA speaker Asad Qaiser called on the speaker at Parliament House to reach any decision on the matter of resignations of PTI lawmakers from the house. Although, as per sources, the meeting was held in a very amicable atmosphere and all aspects were debated but both the parties couldn’t reach consensus. The speaker suggested the PTI legislators to “return to the house and play their constitutional role.” Assuring cooperation from the speaker’s office, Ashraf said that there is always space for dialogue and political reconciliation.

Clarifying some points, the speaker categorically stated that “resignations of could only be accepted under the procedure laid down in the constitution and the Rules of Business of the NA”. He informed the PTI delegation that for verification of the resignations, the party’s lawmakers will be called individually. While the PTI wants the speaker to accept the resignations collectively, Ashraf insists he will accept them one by one after the personal appearance of each member of National Assembly. Sharing the details of the meeting, Ashraf told media that the delegation members asked him to accept the resignations of 127 PTI members en bloc. “However, I told them that there are some rules and regulations and limitations [regarding the approval of resignations],” he said.