‘The King of Football’ is no more 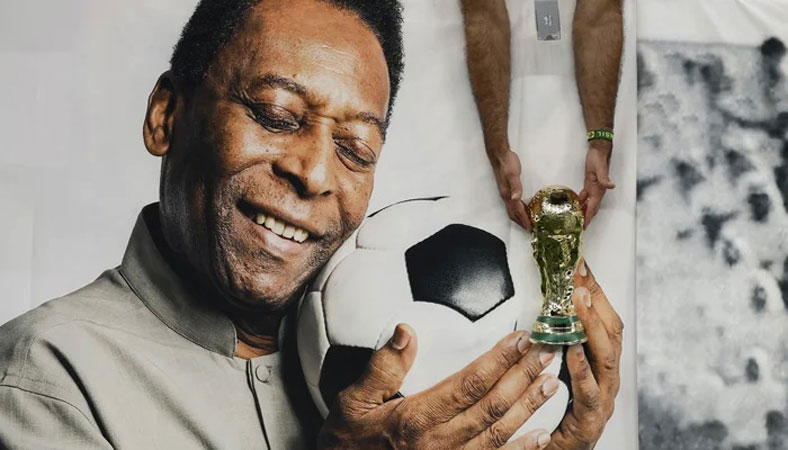 Pele, the magical Brazilian soccer star who rose from barefoot poverty to become one of the greatest and best-known athletes in modern history, died at the age of 82, his daughter said on Instagram on Thursday. He had been in and out of hospital in recent months after a tumor was found on his colon. Pele, whose given name was Edson Arantes do Nascimento, scored a world record 1,281 goals, and is the only player ever to win the World Cup three times. With sublime skills and a winning smile, he helped make soccer the world’s most popular sport and he charmed popes, presidents and Hollywood stars in a seven-decade career as player and ambassador for the sport. Born on October 23, 1940, in the small Minas Gerais town of Tres Corações, or “Three Hearts”, Edson Arantes do Nascimento learned the game from his father, a semi-professional player whose promising career was derailed by a knee injury.

Several aspects of his youth are obscured by myth, including the origin of his famous nickname. As Pele (sometimes) told it, he often played as a goalkeeper in neighbourhood games, and kids began comparing him to a local player named “Bile” – and the letters got twisted over the years. Whatever the truth, he was soon dazzling scouts not as a goalkeeper but as an attacking forward – a prototype number 10. He was respected for his range of talents, and more so than any player since, he could do it all: He was two-footed, had tremendous pace and stamina, he could head, pass, tackle – and of course, he could score goals. He joined Santos at the age of 15 and turned the small coastal club into one of the most famous names in football. Over a glittering 18-year spell at the club, he won every honour in Brazilian football as well as two Copa Libertadores – the South American equivalent of the Champions League – and two Intercontinental Cups, the annual tournament held between the best teams in Europe and South America. His talent was soon recognized by the national team and he was chosen for the Brazil squad heading to the 1958 World Cup in Sweden – although a team psychologist called the 17-year-old “obviously infantile” and advised against playing him. Pele went on to score a hat-trick within one half of the semi-final against France, and another two goals in the final against the host Swedish team – helping Brazil to its first-ever championship. Injuries kept him out of all but two games in the 1962 Cup, which Brazil won. At the 1970 tournament in Mexico, a now fully mature 29-year-old Pele won the title for a third time with a Brazil side that included other stars such as Carlos Alberto Torres and Tostão and is considered by many to be the greatest team ever.