IG Punjab directs CTD to speed up intelligence based operations 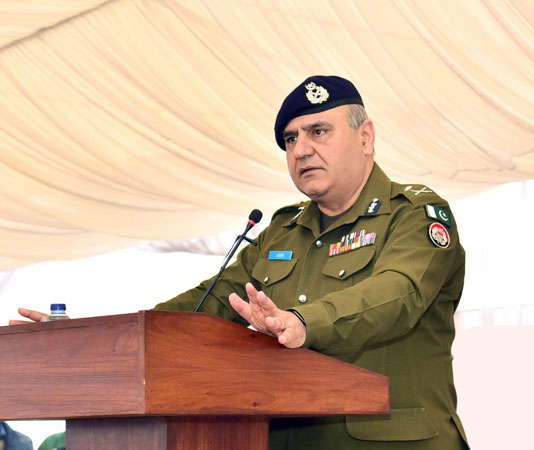 Inspector General Police Punjab Aamir Zulfiqar Khan has said that the role of CTD is of fundamental importance and plausible in eliminating terrorism, sectarianism and extremism from the province. IG Punjab praised the performance of CTD and directed to accelerate intelligence based operations. IG Punjab said that in view of the incidents of terrorism, the CTD should perform its duties more diligently across the province and punish the terrorists as well as their facilitators.

Aamir Zulfiqar Khan stressed upon that the file will not be closed in any case without completing the investigation of every incident of terrorism and bringing the criminals to the logical conclusion. He said that lives of CTD corporals are very precious to me, therefore, all devised security SOPs must be followed during operations. IG Punjab said that the pursuit of extremists and their facilitators should be continued till the end of terrorism and sectarianism. IG Punjab directed that special care should be taken to protect the self-esteem of citizens because our war is against crime and not against individuals. IG Punjab expressed that according to me, corruption is not only in terms of money grabbing but irresponsible performance of duties is also a serious form of corruption in which the culprits do not deserve any sympathy. He expressed these views while presiding over a meeting on the occasion of a visit to the CTD headquarters and addressing the officials at the Police Darbar. IG Punjab reviewed the operations and activities of CTD. During the meeting, Additional IG Imran Mehmood gave a briefing about the performance of CTD and the operations which were carried out this year.

IG Punjab was told that 12429 intelligence-based operations were conducted this year while 1642 FIRs were registered and 2251 people were arrested. 64.36 kg explosives, 48 hand grenades, 253 detonators,07 batteries and firearms and bullets were seized from accused. Likewise, the accused of Johar Town blast were sentenced and the accused of Anarkali blast were arrested while 74230 websites and pages involved in illegal activities were blocked. IG Punjab appreciated the overall performance of CTD. On the occasion of the visit to CTD, IG Punjab after listening to issues of promotion, allowances and welfare of the personnel issued orders for their redressal. IG Punjab also distributed prizes to the best performing officers and personnel. On this occasion, a large number of officials and officers including Additional IG CTD, DIG CTD, Regional ROs were present.