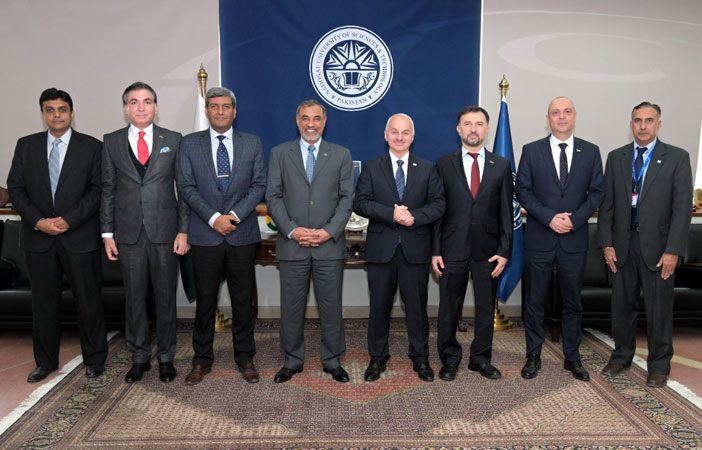 CEO TAI said that Pakistan being a brotherly country is our first preference for outreach. He also expressed his desire to recruit talented engineers and scientists from NUST to work on cutting-edge projects of TAI. Rector NUST remarked that NUST provides a comprehensive knowledge ecosystem based on a Quadruple Helix Model, where presence of industrial R&D centres and labs like Turkish Aerospace Industries holds paramount importance. Later, the guests visited NUST School of Interdisciplinary Engineering & Sciences (SINES), where they were conducted to various labs, and apprised of robust and impactful research and innovative solutions churning out of the School that draws upon interdisciplinary strengths of NUST.