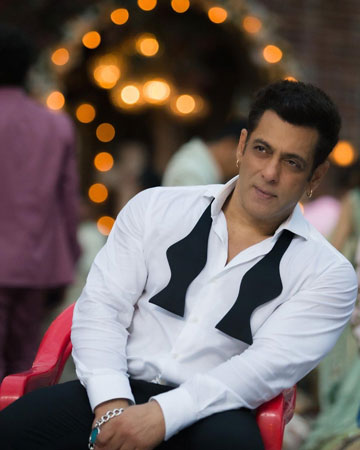 Twitter accounts of several A-listers including Salman Khan, Sundar Pichai and others have been compromised and the hacker has threatened Elon Musk to leak the data.

As per the reports from foreign media outlets, Twitter accounts of at least 400 million users including high-profile people such as Bollywood superstar Salman Khan, CEO of Google Sundar Pichai and American singer Charlie Puth among others have been hacked.

According to the details, the hacker has also offered a deal to Twitter CEO, billionaire Elon Musk, or else he will leak a devastating amount of information including personal phone numbers and e-mails of prominent users.

As per the information shared by an Israeli cyber intelligence firm, the hacker has put up some of the personal information of high-profile celebrities on the dark web and has also offered to sell the personal data via a Twitter post. “I am selling data of +400 million unique Twitter users that was scrapped via a vulnerability, this data is completely private,” the hacker wrote in the post.

“Twitter or Elon Musk, if you are reading this post, you are already at risk of GDPR fines for the data leak of over 54 million users. Now fines for data leak of 400 million users.” The hacker also threatened Musk, “Your best option to avoid paying $2.76 million in CDPR breach fines like Facebook did is to buy this data exclusively.”

The person added that he is ready to deal via any middlemen and will delete the thread after the deal. Moreover, the accounts of British journalist Piers Morgan, Musk’s Space X, the basketball league NBA, singer Shawn Mendes and the World Health Organization have also been compromised in the same hack.