* In a clip, the media personality showed her 'elasticity' on her face, which is due to syndrome that affects the 'body's connective tissue' 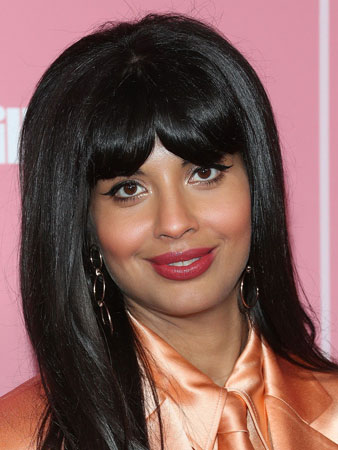 Jameela Jamil has recently shared she’s suffering from Ehlers-Danlos syndrome. On Tuesday, the Marry Me actress took to Instagram and posted a video in which she opened up about her disorder to raise awareness about her “rare inherited syndrome”.

In a clip, the media personality showed her “elasticity” on her face, which is due to syndrome that affects the “body’s connective tissue”.

“This is not an app or filter. It’s my face, look at how elastic that is. The reason it’s so elastic is because I have EDS, I have HEDS three, the H because I’m so hyper mobile,” began the 36-year-old.

The actress continued, “The joints, nothing bends the right way, everything bends the wrong way. I want to talk about it despite the fact people like to make fun of me because of my health.”

“It’s a serious condition and affects every part of your body and your mind and it’s a dangerous thing to have if you don’t know you have it,” she explained.

Jameela also discussed about lifestyle changes she’s made to control her symptoms which included not drinking alcohol or smoking.

“The way it affects bruising, bleeding, healing, if you want to have a baby… I don’t drink, smoke, do drugs,” commented the actress.

Jameela mentioned that she’s not a doctor but suggested to consult doctor if someone’s struggling with joints and accidents all the time”. “‘It really can save your life. The people who have it really look well. I love you, I’m with you, go get checked!” she added.