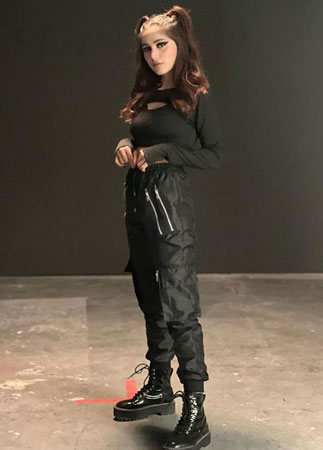 Singer Aima Baig dropped pictures and a video from her London trip on Instagram and they are going viral.

The viral pictures and the video saw her spending leisure time in England’s capital. The clicks got thousands of likes from the user of the social media applications.

Earlier, Aima Baig said her dream came true when she performed at the Wembley Arena. She had posted visuals of her concert and receiving an award.

The celebrity has close to five million followers on the interactive platforms. She posts images and clicks of her personal and professional happenings.

She topped the Spotify’s most-streamed female artist of Pakistan for 2021. The music streaming platform payed their gratitude for her contribution to singing.

Earlier, she called out a person for spoiling a concert for her and other attendees. Previously, she got angry because of misconduct during a concert at Punjab Group of Colleges in Gujranwala.

She threatened to leave the show midway if the misconduct continues, “Push this person away from the stage, a single person is spoiling the event,” the Do Bol singer remarked.

Aima Baig continued with her performance as the audience apologized, “I have come here to sing and I will perform”, she mentioned.