Hasan Raheem feels overwhelmed by the love for ‘Nautanki’ 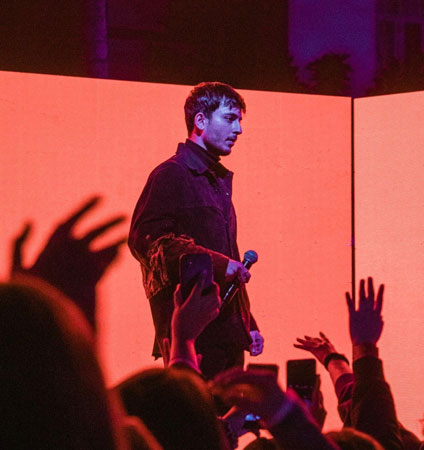 Hasan Raheem’s debut album Nautanki is out now and it has left everyone grooving on the fusion he has created.

Hasan was teasing his fans for a while by putting up glimpses of his album, and finally the cat was out of the bag on Monday’s evening. The album has nine tracks and so far, Peanut Butter and Kaleji have stolen the show. The indie vibe and fusion of desi music has left fans gushing. The Joona singer took to his Twitter and posted a picture from his recent concert, captioning it as ‘Chaand pay hun, ap logon kay saath’ and the picture broke the Internet. He also posted glimpses of his concert on his Instagram account and thanked his mom for never leaving his side. He wrote, ‘Just wanted to say that i am going through all your messages and Nautanki stories fam, i would like to thank everyone who’s been a part of this journey specially my Mother, my queen who’s been by the most important person in my life after my Abba jee departed from this world. I couldn’t do this without her so this is for you Amma jee. Love you and Baba jee forever.’ Hasan was also the first RADAR Spotify artist. He also lit up TIMES Square as Spotify EQUAL Ambassador.