Sacrifices of martyrs to be remembered forever: President 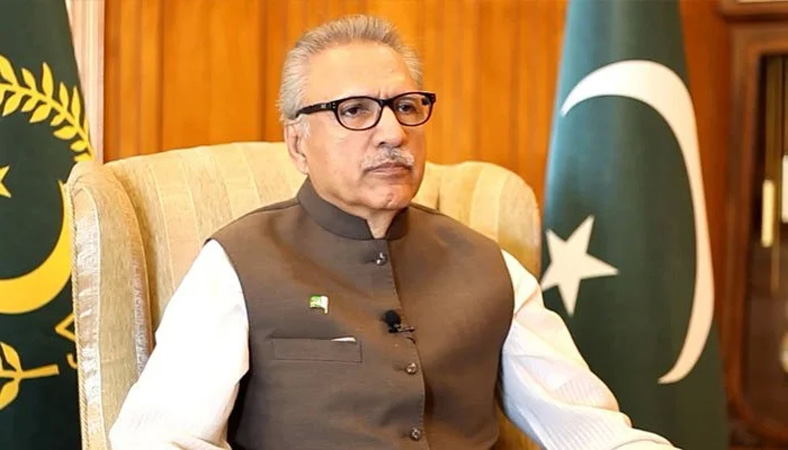 President Dr Arif Alvi on Wednesday said the sacrifices of the martyred security officials while ridding the country of terrorism would be remembered forever. The president expressed these views as he spoke to the families of the martyred personnel of police and army. He talked to the family of Police Head Constable Syed Adeel Hasnain, who was martyred in the suicide blast at I-10, Islamabad. The president also expressed his condolences over the telephone to the relatives of the soldiers of the Pakistan Army who were martyred in the explosion in Kohlu, Balochistan on December 25. He spoke to the family members of Captain Muhammad Fahad Khan, Sepoy Asgharuddin, Sepoy Muhammad Shamoon and Lance Naik Muhammad Imtiaz. President Alvi said the entire nation was united in the fight against terrorism. He assured the families of the martyrs of all possible support from the government. The president paid tribute to the martyrs for their bravery, dedication for duty and sacrifice for the nation.