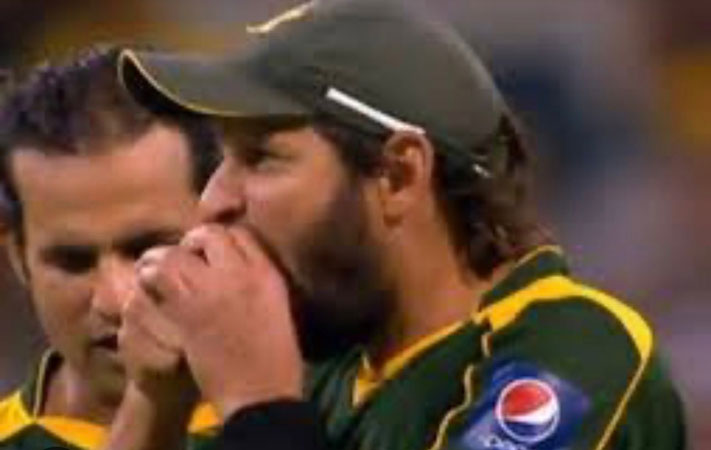 In a tweet, Kaneria shared Afridi’s old picture in which he can be seen biting a ball and wrote, “Chief Selector”. He also used laughing emojis in it. Replying sarcastically, Fahad said, “And clearly not a Fixer like you.”

In 2012, Kaneria was named in court as a go-between in a spot-fixing case involving former English county player Mervyn Westfield. A lifetime ban was imposed on him, which even after numerous appeals, was never revoked.

Bowler Westfield, 23, pleaded guilty at a hearing to being paid £6,000 to give away a set number of runs in the first over of a match between his Essex side and Durham in September 2009. The London court heard that Westfield’s Essex teammate Kaneria told him that a friend would pay him to cheat, Britain’s Press Association reported.

Afridi, who is part of the PCB’s newly-appointed management committee, was named as the chief of the interim selection committee last week.

The former all-rounder excused himself from taking a permanent role in the board. However, Abdul Razzaq and Rao Iftikhar Anjum will be the members. Haroon Rashid, who is also a member of the PCB management committee, will be the convener.