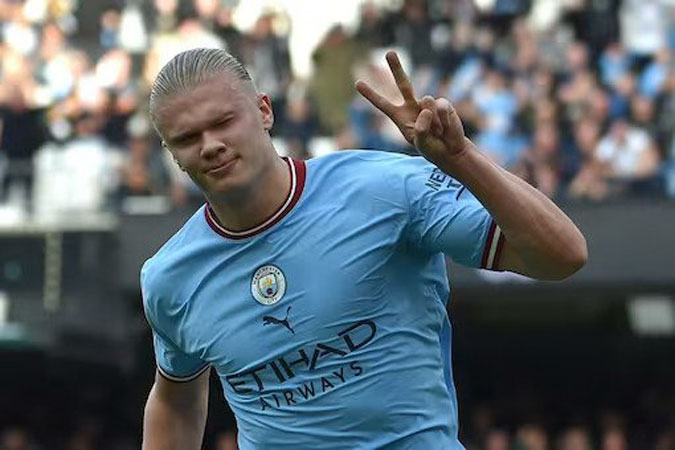 Haaland, who will return to the city of his birth when the champions resume their Premier League title defence at Leeds on Wednesday, has scored 24 goals in just 19 appearances since his summer move from Borussia Dortmund. “He already has about 200 goals, so he can probably go to 600, 700 or 800 if he stays fit and does the things that he does,” said De Bruyne.

The Belgian international has played with a host of top strikers in his career and is well-placed when it comes to 22-year-old Haaland’s place in the pecking order. De Bruyne enjoyed a fruitful relationship with the club’s record goalscorer Sergio Aguero before the Argentinian left the Etihad Stadium in 2021. He has also combined with Romelu Lukaku on international duty, former City teammate Gabriel Jesus and new World Cup-winner Julian Alvarez, a current fellow City player. “It is very hard to compare because they are all totally different,” said De Bruyne.

“They have all scored 300 or 400 goals. Erling is so obsessed with goals he can maybe go beyond that.” He added: “He is still a young boy enjoying his life and he takes his football very seriously. He loves scoring goals, so I think that is the most unique thing he has.”