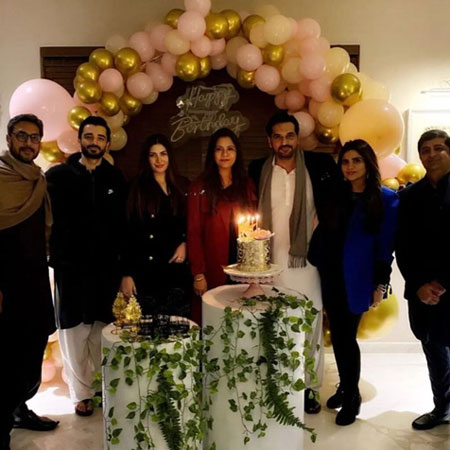 Lollywood crown Humayun Saeed has arranged a surprise birthday party for his wife Samina Humayun Saeed. Both Humayun and his wife took to their Instagram and shared the birthday pictures and videos with their fans. They celebrated the event with their close friends and family Actor Hamza Ali Abbasi, his wife Naimal Khawar, and Adnan Siddiqui also attended the birthday party. Naimal took to her Instagram and wished her birthday saying, “Happy birthday to the kindest soul”. On the work front, Humayun is currently doing his Netflix project which is a series titled ‘The Crown’ and recently won an award at the Filmfare Middle East Achiever Night. He is one of the most followed, handsome and charming personalities in the Pakistani entertainment industry who by his stellar performances and hard work won the netizens’ hearts.