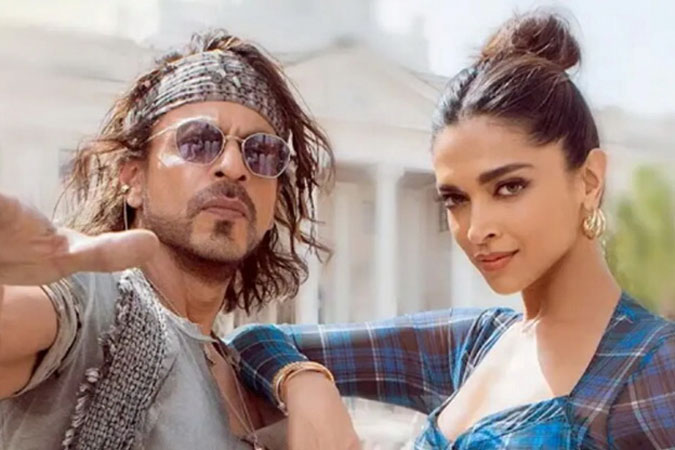 Since the release of the second song Jhoome Jo Pathaan from the upcoming film Pathaan, fans have been trying to mash it together with other songs that they think ‘fits’ with the dance number featuring Shah Rukh Khan and Deepika Padukone. Earlier, it was a remixed version of the title song from Shah Rukh’s 1999 film Badshaah. Now, it’s the turn of a recreated tune of the popular children’s song Lakadi Ki Kaathi from the 1983 film Masoom.

A Twitter user shared his interpretation on Jhoome Jo Pathaan, layering a recreated version of Lakadi Ki Kaathi over a section where Shah Rukh and Deepika are dancing. He wrote, “So apt (rolling on the floor and laughing emojis).” Other users seemed to agree and wrote back, “Much better (haha and salute emojis).” Another commented that this was “well edited” while another added that they “can’t stop laughing”. One other user replied, “Suits better with this song (grinning face with sweat and face with tears of joy emojis).”

In Masoom, the song Lakadi Ki Kaathi is picturised on Urmila Matondkar, Jugal Hansraj and Aradhana Srivastav as they play in the house. The film, which also stars Naseeruddin Shah and Shabana Azmi, features music by RD Burman and lyrics by Gulzar. The composer won his second Filmfare Award for Best Music Director for his score.

Pathaan’s first song, Besharam Rang, ran into controversy after its release earlier this month as a few politicians and celebrities objected to the attire worn by Deepika. Fans also thought that Besharam Rang was too similar to director Siddharth Anand’s song Ghunghroo from his previous film War (2019). For Jhoome Jo Pathaan, many were not impressed with the choreographed moves by Bosco Martis on the second song. A similar situation had occurred earlier this year when fans ‘re-edited’ the song Kesariya from Brahmastra using other Hindi songs which also seemed to fit perfectly on the number featuring Ranbir Kapoor and Alia Bhatt.