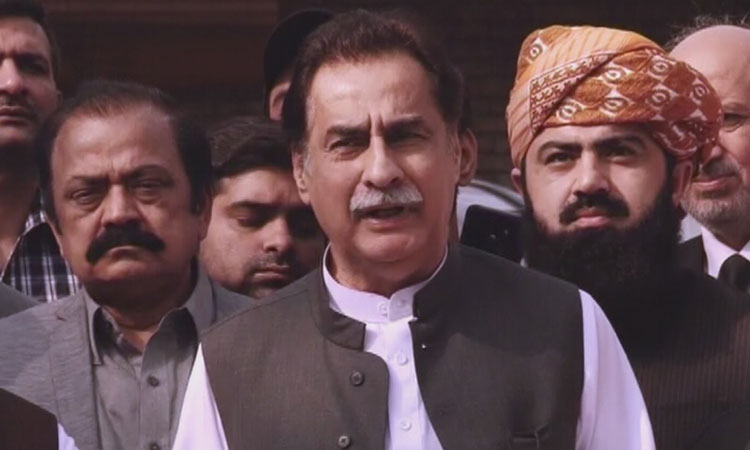 Federal Minister for Economic Affairs Sardar Ayaz Sadiq said on Sunday that in January 2023, Pakistan Muslim League-Nawaz (PML-N) will form its government in Punjab, while Muhammad Nawaz Sharif would soon return, and PML-N would also win with a huge majority in the upcoming general elections. Addressing a public meeting and later talking to the media persons in Lahore, Ayaz Sadiq said that had Quaid-e-Azam Muhammad Ali Jinnah not been born, Pakistan would not have been formed. Ayaz Sadiq said the next general elections would be held at its scheduled time and those looking for early elections should keep their wishes in their hearts. “Today we are living in a free and independent country due to the selfless leadership of the founder of Pakistan Quaid-e-Azam Muhammad Ali Jinnah and the sacrifices made by our elders for the establishment of Pakistan,” he said. The minister said that at present Modi government in India had made it impossible for the minorities to live especially Muslims were being subjected to the worst atrocities. He said Nawaz Sharif would return home soon to pull the country out of prevailing crisis. “Our leaders are carrying forward the traditions of the founder of Pakistan and they know how to respect others while Imran Khan has always done negative politics and called his opponents by bad names,” he said.

The minister said that Muhammad Nawaz Sharif led the country on the path to development in every period of his government and made Pakistan invincible by making it a nuclear power, even though at that time then US president had offered five billion dollars to Pakistan but Nawaz Sharif did not accept it and preferred to make the country a nuclear power. He said that when PML-N had completed its tenure in 2018, the GDP growth was around 6 percent, after that when Imran Khan was came in power, he led the country towards ruin.

“Similarly, when we left power, Pakistan had a debt of 30 billion dollars, which increased to 60 billion dollars during the 44 months of Imran Khan’s government,” he said.

The PML-N leader mentioned that then PML-N government had left the power circular debt of Rs1,100 billion, but the PTI government had increased this debt manifolds, and Imran Khan made such an agreement with the IMF, which created more economic crisis in the country. At the time when the prices of various goods had to be increased then PTI did not increase these because they had realized that they would soon be kicked out of the government and the incoming government would have to bear the brunt of it and now the entire nation was suffering along with the incoming government.