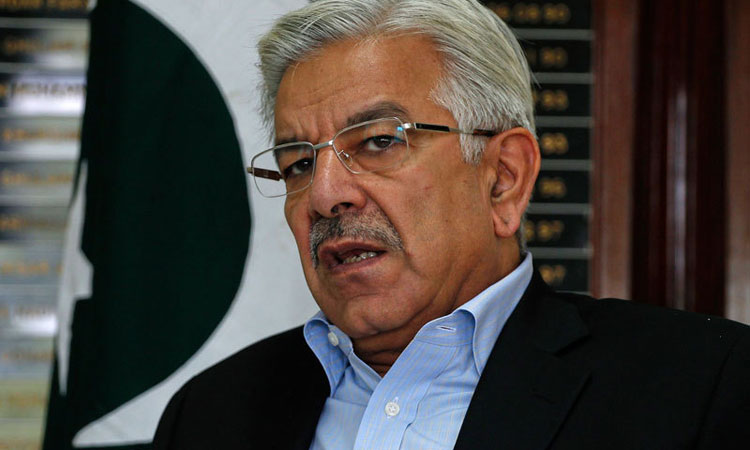 Defence Minister Khawaja Muhammad Asif said on Sunday that people were suffering as a result of wrong policies of Imran Khan government. Addressing the workers’ convention at Muslim League House in Sialkot, he said, “We are determined to put the country’s economy on the right track, for which important and concrete steps are being taken at the government level.” He said that Prime Minister Muhammad Shehbaz Sharif and allied parties were trying to provide relief to the common man. He said that PML was the founder party of the country. He said that indecent language should not be used on social media in the political battle. He said, “We will not fight this political battle at the level of our opponents, we should not answer the opponents in the same coin. We have to promote the politics of patience and tolerance and we have to move forward with this tradition.” The minister said that when Maryam Nawaz went to meet her father in Jail, the NAB arrested her in front of Nawaz Sharif in the presence of superintendent, however, despite this, our leader Nawaz Sharif did not use any foul language for his political opponents. He said that our opponents had crossed the limits of political victimization. Asif said that Nawaz Sharif left his matter to Allah Almighty, and when someone leaves his affairs to Allah, then Allah blesses him. The minister said, “Pakistan Armed Forces are the guardians of Pakistan’s border and we are proud of their sacrifices.” Asif said that Nawaz Sharif will return to his homeland soon and will contribute in the country’s prosperity. He said, “Today on December 25, we all have to commit that we will take this country forward together and play our due role in the development while living within our resources.”