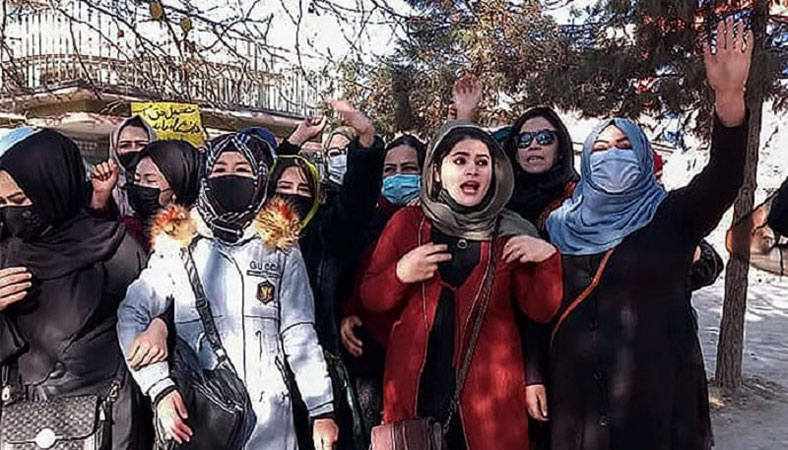 Three foreign aid groups, including Save the Children, announced on Sunday they were suspending their operations in Afghanistan after the Taliban ordered all NGOs to stop their women staff from working. The announcement came as top officials from the United Nations and dozens of NGOs operating in Afghanistan met in Kabul to discuss a way ahead after the Taliban’s latest restriction delivered a blow to humanitarian work across the country.

“We cannot effectively reach children, women, and men in desperate need in Afghanistan without our female staff,” Save the Children, the Norwegian Refugee Council and CARE said in a joint statement.

“Whilst we gain clarity on this announcement, we are suspending our programmes, demanding that men and women can equally continue our lifesaving assistance in Afghanistan.”

Saturday’s order issued by the Taliban authorities drew swift international condemnation, with governments and organisations warning of the impact on humanitarian services in a country where millions rely on aid.

The latest restriction comes less than a week after the Taliban banned women from attending universities, prompting global outrage and protests in some Afghan cities.

The Ministry of Economy on Saturday threatened to suspend the operating licences of NGOs if they failed to implement the order. The ministry, which issues these licences, said it had received “serious complaints” that women working in NGOs were not observing a proper Islamic dress code. A meeting of the Humanitarian Country Team, which comprises top UN officials and representatives of dozens of Afghan and foreign NGOs was being held in Kabul to discuss whether to suspend all aid work following the latest Taliban directive, aid officials told AFP.

The United Nations condemned the ministry’s directive and said it would seek an explanation from the Taliban about the order, which by excluding women “systematically from all aspects of public and political life takes the country backward, jeopardising efforts for any meaningful peace or stability in the country”.

US Secretary of State Antony Blinken said the ban would be “devastating” to Afghans as it would “disrupt vital and life-saving assistance to millions”.

“I’m the only breadwinner of my family. If I lose my job my family of 15 members will die of hunger,” said Shabana, 24, a woman employee with an international NGO working in Afghanistan for decades.

“While the world is celebrating the arrival of the new year, Afghanistan has become a hell for women.”

The ministry said women working in NGOs were not observing “the Islamic hijab and other rules and regulations pertaining to the work of females in national and international organisations”.

But women employees AFP spoke to dismissed the charge. “Our offices are gender segregated, and every woman is properly dressed,” said Arezo, who works for another foreign NGO. It remained unclear whether the directive impacted foreign women staff at NGOs. The international community has made respecting women’s rights a sticking point in negotiations with the Taliban government for its recognition and the restoration of aid. The ban comes at a time when millions across the country depend on humanitarian aid provided by international donors through a vast network of NGOs.

Afghanistan’s economic crisis has only worsened since the Taliban seized power in August last year, which led to Washington freezing billions of dollars of its assets and foreign donors cutting aid.

Dozens of organisations work across remote areas of Afghanistan and many of their employees are women, with several warning the ban would stymie their work.

“The ban is going to impact all aspects of humanitarian work as women employees have been key executors of various projects focussing on the country´s vulnerable women population,” said another top official of a foreign NGO in Kabul.

On Tuesday, the minister of higher education banned women from universities, charging that they too were not properly dressed. That ban triggered widespread international outrage and some protests, which were forcefully dispersed by the authorities. Since returning to power in August last year, the Taliban have already barred teenage girls from secondary school.

Women have also been pushed out of many government jobs, prevented from travelling without a male relative and ordered to cover up outside of the home, ideally with a burqa.