I feel therefore I am: Mahira

* Apart from her impactful on-screen persona, the 'Ho Mann Jahaan' star has a huge following on the social media application Instagram 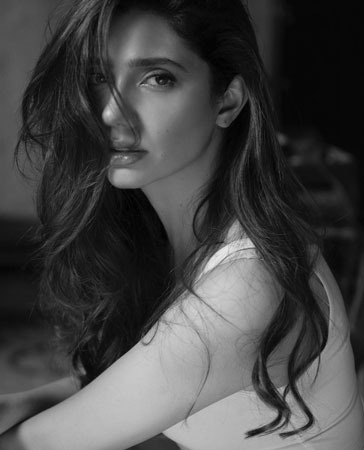 Mahira Khan is one of the most prolific actors in the Pakistani industry. She has made her name thanks to her stellar performances and moments in her dramas and serials.

Apart from her impactful on-screen persona, the “Ho Mann Jahaan” star has a huge following on the social media application Instagram. Her posts go viral and receive millions of likes and heartwarming comments.

Fellow celebrities of the actor joined and pass comments on the visuals and the messages she conveys through her Instagram posts.

Recently, the celebrity revealed what makes her in a black-and-white picture which is going viral. She said it is her feelings. As far as the viral image is concerned, it shows her looking at the camera with half of her hair covering her face.

It was no surprise that she swooned in millions of the application’s users with her new post which also included celebrities from across the border.

“You are so beautiful,” her India counterpart Mouni Roy said. Maneka Harisinghani gave her “extraaaaaa love for this one”. Speaking of her interaction with Indian celebrities, she came to the Red Sea International Film Festival where Bollywood heartthrob Hrithik Roshan was also there. A picture and video of them sitting together spread like wildfire on the web. On the acting front, Mahira Khan proved her mettle in the acting industry with her performances in dramas and films “Neeyat”, “Ho Mann Jahaan” and “Parey Hut Love”. Moreover, she made her Bollywood debut in 2017’s “Raees”. She shared the screen alongside a stellar cast which included prolific actors Shah Rukh Khan and Nawazuddin Siddiqui.