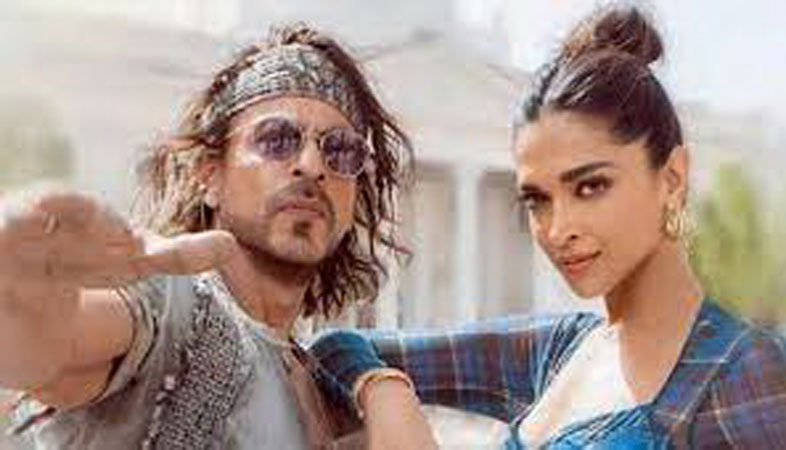 It has only been a day to the release of Shah Rukh Khan featured song Jhoome Jo Pathaan from Siddharth Aanand’s film Pathaan; the song has already hit 20 million views on Internet.

The song released on Friday and soon after it came out, it got one million views 30 minutes after its release, reports News18.

Jhoome Jo Pathaan features Shah Rukh and Deepika Padukone. Their chemistry and electrifying dance moves takes over the hearts of millions. Previously, song Besharam Rung was released from Pathaan which got popular even more when it acquired controversy over its costume selection. At present, the song has taken over the top spot on YouTube. In just 10 days, Besharam Rung has received over 100 million views.

Siddharth Aanad’s action-packed film Pathaan is slated to release on January 25. It stars Deepika Padukone, Shah Rukh Khan and John Abraham in the lead roles. The film is going to mark as Shah Rukh’s comeback after a long hiatus. He was last seen in Zero in 2018 alongside Katrina Kaif and Anushka Sharma.