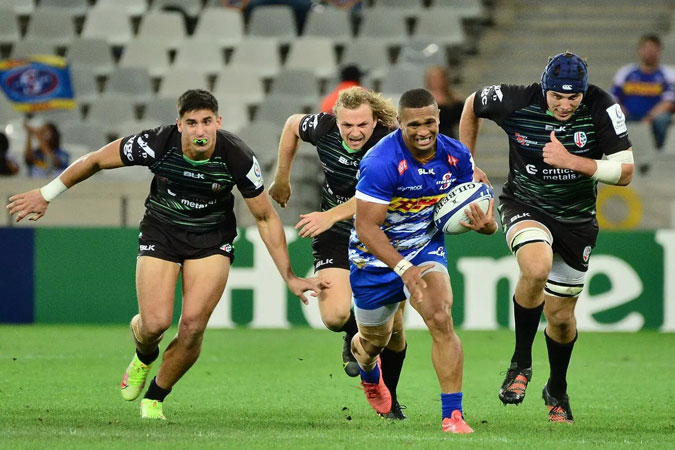 PARIS: Ronan O’Gara said his La Rochelle team were “asleep” as they missed out on the chance to go second in the French Top 14 table on Friday as they lost 12-8 at home to Bordeaux-Begles.

A win would have sent the Champions Cup holders above Racing 92 but two second-half penalties from France fly-haf Matthieu Jalibert helped took the visitors up to seventh.

“The atmosphere wasn’t there, the team weren’t there, everyone was asleep,” La Rochelle director of rugby O’Gara told reporters.

“I have to put my hand up too, I choose the team. It’s a huge disappointment,” he added. O’Gara continued to watch on from the stands with his ban for unacceptable behaviour towards match officials running until late January with his assistant coaches giving sideline instructions.

The former Ireland fly-half’s outfit, who had lost just once at home since January, led 3-0 at the break in wet conditions near the Atlantic coast thanks to Pierre Popelin’s penalty. France scrum-half Maxime Lucu responded just after the break with a shot at goal before Tani Vili slotted a drop goal on the hour mark and Jalibert added a penalty four minutes later to make it 9-3 to Bordeaux-Begles.

La Rochelle reacted as prop Samuel Lagrange crossed from a rolling maul but South Africa winger Dillyn Leyds missed the conversion to give his side the lead with five minutes left.

Les Bleus’ Jalibert then made sure of the first away win of the season for his side, who saw coach Christophe Urios leave his position in November, with a second effort at the posts as the clock turned red.

Elsewhere, future Brive coach Patrice Collazo watched on from the crowd as Abraham Papali’i scored an 89th-minute try to claim their first win since October 1 as they edged Clermont 20-16.

Collazo, who has had spells in charge of La Rochelle and Toulon, starts his job on Monday by taking over from the sacked Jeremy Davidson.

Perpignan’s South African full-back Tristan Tedder left the field on a stretcher after a tackle before the Catalans, 13th in the table, lost 38-10 at champions Montpellier.

France under-20s captain Emilien Gailleton, aged just 19, crossed for his sixth and seventh tries of the season as Pau drew 22-22 with Bayonne.

Later, record 21-time champions Toulouse host Castres as France full-back Melvyn Jaminet returns for the home side from an ankle injury that had kept him sidelined since October. On Christmas Eve, Stade Francais head across Paris to Racing 92 in the French capital’s derby with the visitors’ Samoa prop Paul Alo-Emile returning to the top-flight after taking nine months out with depression.