Elahi only got ‘interim relief’ 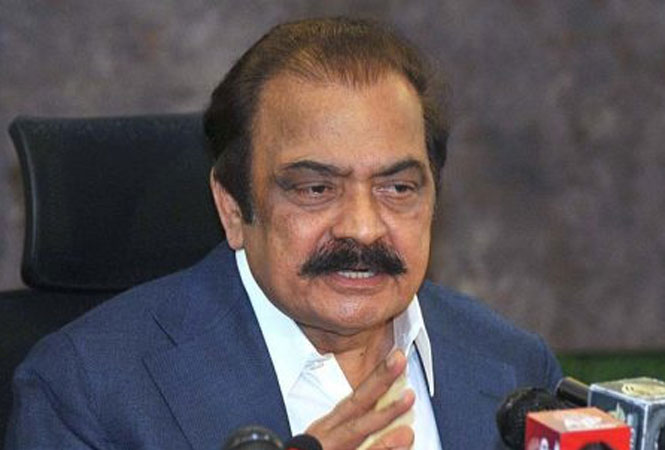 Interior Minister Rana Sanaullah has said that the Lahore High Court (LHC) has only given ‘interim relief’ to Pakistan Muslim League-Quaid (PML-Q) leader Chaudhary Pervaiz Elahi by reinstating him as Punjab chief minister on Friday, a private TV channel reported. Speaking to a private TV channel, he said that Elahi has given assurance to the court that he would not dissolve the Punjab Assembly, adding that the court would give its verdict on January 11 after listening to both parties. “The chief minister will have to take a vote of confidence on the governor’s advice. I am confident that he would do so after the court’s decision. After taking the vote of confidence, it is your decision whether to dissolve the assembly or not,” he added. He lauded the police officer who was martyred during the terrorist attack.

Earlier, LHC restored Elahi as the provincial chief minister after getting assurance from the PML-Q leader that he would not dissolve the Punjab Assembly. Headed by Justice Abid Aziz Sheikh, a five-member bench heard the petition filed by Elahi challenging Governor Punjab Balighur Rehman’s act of de-notifying him as the provincial chief minister. Announcing its orders, the court also reinstated the Punjab cabinet after the PTI leader submitted an undertaking that he would not dissolve the provincial assembly until January 11. The court adjourned its hearing to January 11.