Malala congratulates Saim Sadiq after ‘Joyland’ gets shortlisted for the Oscars

* She further went on to say, 'Pass on my message to the whole team' 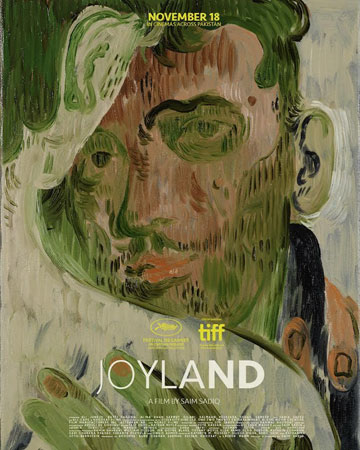 Malala Yousafzai, who is also the executive producer of film Joyland, personally calls director Saim Sadiq to congratulate him as his film get shortlisted in the 95th Academy Awards. Malala congratulated the director for this massive achievement. She remarked: “I’m so happy for you, for your whole team and everyone who was on-screen and behind the screen. You guys have done a tremendous job. This is such big news. It is such an honour to be a part of this movie. It is such great moment for all the artists and also for Pakistan.” She further went on to say: “Pass on my message to the whole team. They must know that everyone is proud of them.” Saim thanked the Nobel Prize winner for the greetings. He also thanked her for working along on this project with the team. “Thank you for your work, thank you for being on board, added Saim.” Pakistani Film Joyland has been a pride of Pakistan at numerous international platforms having its premieres on different festivals including the Cannes 2022 and TIFF (Toronto International Film Festival). Now, the film is rooting towards the biggest award shows worldwide ie the Oscars. The film is directed by Saim Sadiq backed by Sarmad Khoosat’s production Company by the name Khoosat Films. Joyland stars: Alina Khan, Ali Junejo, Sania Saeed and Sarwat Gillani in the lead roles.