The most fashionable celebrities of 2022 — from Billie Eilish to Bella

* Kim Kardashian and Kendall Jenner both rank among the top 10 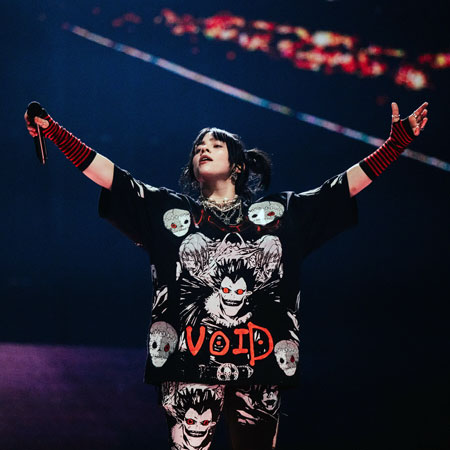 Zendaya is officially the most fashionable celebrity of 2022, as she receives more than 21,760 monthly searches for her style.

Kim Kardashian and Kendall Jenner both rank among the top 10.

New study reveals the fashion icons of the year.

The study, conducted by frugal living experts CommonCentsMom.com examined Google search data to analyse the past year of Google searches across America for various search terms associated with fashion and style for over 100 of the most fashionable celebrities worldwide. These search terms were then combined to give each celebrity a total score to discover the most fashionable women of 2022.

The research revealed that Zendaya takes the crown as the most fashionable female celebrity of 2022. Across the country, Americans search for terms associated with Zendaya’s fashion choices a total average of 21,760 times per month, placing the actress in the top spot. When broken down, Americans search for ‘Zendaya red carpet’ an average of 6,900 times a month, higher than any other celebrity and ‘Zendaya dress’ 4,300 times per month.

Ariana Grande ranks as the second most fashionable celebrity of 2022, just narrowly missing out on the top spot. The famous singer and actress receives an average of 21,610 searches a month for her fashion choices, including the term ‘Ariana Grande outfits’, which is searched a whopping average of 12,000 times per month in America.

The study revealed that singer and actress Olivia Rodrigo is the sixth most fashionable celebrity of the year. The Driver’s License singer’s style is searched for 17,760 times each month across the country, with searches for ‘Olivia Rodrigo outfits’ receiving 6,500 monthly global searches and the term ‘Olivia Rodrigo dress’ receiving 5,300 searches per month.

The seventh most fashionable celebrity of the year is Kendall Jenner, the second Kardashian and Jenner family member to rank among the top 10. Out of all the stars examined, Kendall ranked highest for the search term ‘Kendall Jenner dress’, with 5,900 average monthly searches, and receives an average total of 17,350 monthly searches for her style.

Kate Middleton ranks as the eighth most fashionable woman of 2022. The Princess of Wales has a total average of 14,300 monthly searches regarding her style and fashion choices, the most popular being ‘Kate Middleton style’, which receives an average of 2,700 monthly Google searches across the United States. Ranking in ninth place is the late Princess Diana. Despite her death in 1997, the late Princess of Wales still receives approximately 14,160 monthly searches for her style across America. In particular, ‘Princess Diana outfits’ is Googled 4,100 times each month, and ‘Princess Diana fashion’ receives 3,800 searches per month.

Bella Hadid rounds out the top ten, receiving 12,550 average monthly searches for her style across America. When compared to all the celebrities analysed, Bella Hadid ranked highest in searches for her street style, with the term ‘Bella Hadid street style’ being searched an average of 3,400 times each month. A spokesperson for CommonCentsMom.com commented on the findings: “Whether attending a red carpet event or out and about around town, celebrities are always our main source for style inspiration and this study offers an interesting insight into the women who have been the biggest trendsetters of 2022.

Zendaya unsurprisingly takes the crown, as the actress is often celebrated for her glamorous red carpet looks that never fail to capture the world’s attention.”